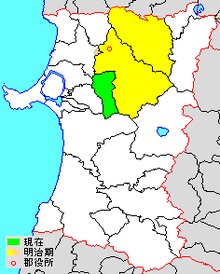 As of June 2013, the district consists of only the village of Kamikoani with an estimated population of 2,521 and an area of 256.82 km². All of the cities of Kitaakita and Ōdate, and part of the city of Noshiro were formerly part of Kitaakita District.

The area of Kitaakita District was formerly part of Dewa Province. Dewa Province was divided into the provinces of Ugo Province and Uzen Province following the Meiji restoration on January 19, 1869, with the area of Kitaakita becoming part of Ugo Province. At the time, the area consisted of two towns (Ōdate and Junishō) and 117 villages formerly under the control of Kubota Domain. Akita Prefecture was founded on December 13, 1871. 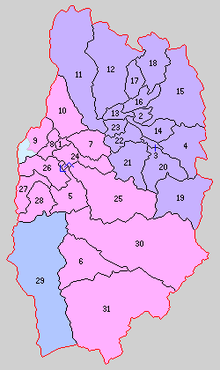 With the establishment of the municipality system on April 1, 1889, modern Kitaakita District, with two towns (Ōdate and Junishō) and 29 villages was established.

This article is issued from Wikipedia - version of the 6/15/2014. The text is available under the Creative Commons Attribution/Share Alike but additional terms may apply for the media files.