The 2010–11 Pro-League season (known as Etisalat Pro-League for sponsorship reasons) was the 36th edition of top level football in the United Arab Emirates. This was the third Professional season in the history of the country. Al-Wahda were defending champions from the 2009–10 campaign. Ajman Club and Emirates Club were relegated from the previous season. Dubai Club and Al-Ittihad were promoted from the UAE Division 1 Group A. The campaign began on 26 August 2010 and ended on 9 June 2011.[5]

Ajman Club and Emirates Club were relegated to the second level league after finishing in the bottom two in the 2009-10 season. The two relegated teams were replaced by 2nd level champions Al-Ittihad Kalba and runners up Dubai Club. 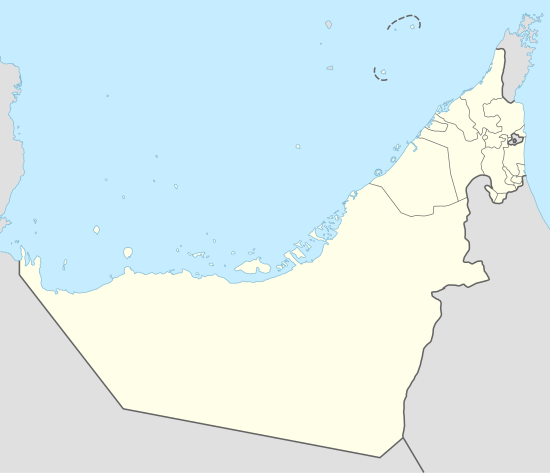 Kalba
Locations of teams in the 2010–11 UAE Pro-League

Note: Flags indicate national team as has been defined under FIFA eligibility rules. Players and Managers may hold more than one non-FIFA nationality.

Updated to games played on 2 June 2011.
Source: UFL
1 ^ The home team is listed in the left-hand column.
Colours: Blue = home team win; Yellow = draw; Red = away team win.
For coming matches, an a indicates there is an article about the match.