Indonesia appeared in their fourth final while the Philippines qualified for the semi-finals for the first time under the management of Simon McMenemy.[4] Malaysia subsequently won their first ever title since they first appeared in the final in the inaugural edition,[5] beating Indonesia 4–2 on aggregate in the finals. Malaysia became the first nation to win the AFF Cup (including tournaments held under earlier formats), despite losing two games in the tournament (both to Indonesia).

On 17 February 2009, Vietnam declared their interest in hosting the eighth AFF Championship.[6] On 21 April 2009, the Vietnamese newspaper VietNamNet announced that Vietnam would co-host the Championship along with Indonesia.[7][8]

There were two main venues; the Gelora Bung Karno Stadium in Jakarta and the My Dinh National Stadium in Hanoi with two secondary venues which will be used simultaneously with the main venue on the final match day of the group stage. Originally, the secondary venue for Group B was the Hàng Đẫy Stadium in Hanoi. However, on 22 November 2010, the Vietnam Football Federation (VFF) announced that it would not be ready in time for the tournament due to ongoing renovations and was replaced by the Chùa Cuõi Stadium aka the Thiên Trường Stadium.[9] For Group A, the original secondary venue was the Jalak Harupat Soreang Stadium in Bandung but on 24 November 2010 a week after an AFF meeting, it was announced that it would be replaced with the Gelora Sriwijaya Stadium.[10] Teams qualifying for the semi-finals would also host a game, in this case, Malaysia whom qualified used their National Stadium for the semi final and final. 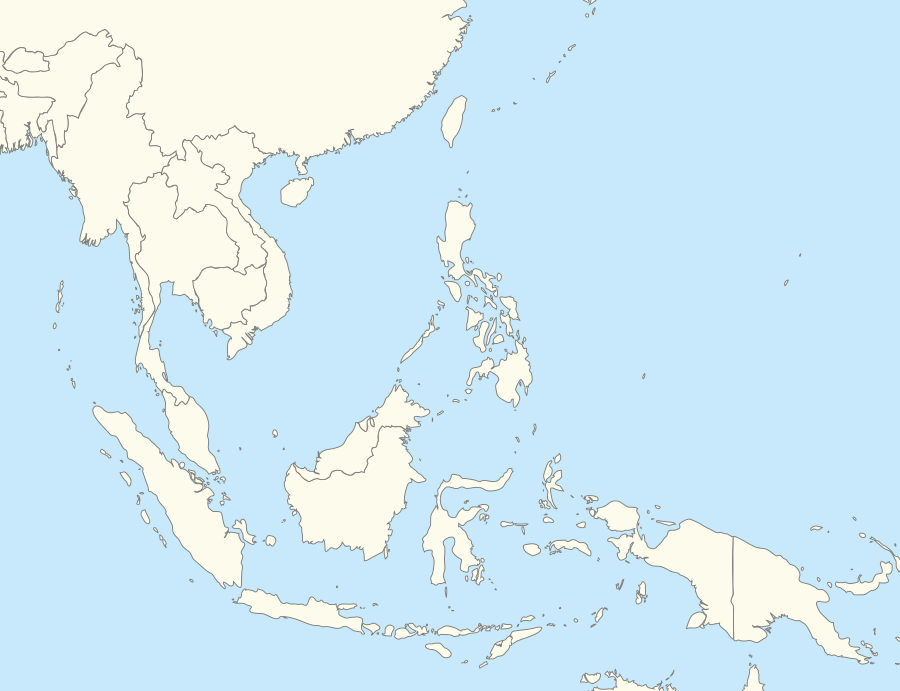 Kuala Lumpur
Location of stadiums of the 2016 AFF Championship. 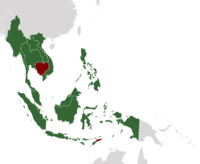 Qualification took place from 22 to 26 October 2010 in Laos. With the four lower ranked teams Laos, Cambodia, the Philippines and Timor Leste battling for two spots to the finals.[3] However, the qualification tournament was held without Brunei, due to FIFA's continued suspension of the Football Federation of Brunei Darussalam.[11]

Six teams qualified for the finals, based on tournament records:

† The first leg of the semi-finals was supposed to be played in the Philippines. However, due to the unavailability of a stadium that passes AFF standards, both legs were hosted by Indonesia.[12]

During the group match between Indonesia and Malaysia at Gelora Bung Karno Stadium, some Indonesian fans are seen pointing green laser lights towards Malaysian goalkeeper, Mohd Sharbinee when Indonesia scored a fifth goals as seen at 4:06 minutes on the match video in YouTube.[13] Other incidents also occur soon after Malaysia's semi-final home leg against Vietnam, when goalkeeper Bùi Tấn Trường stated that he was targeted with green laser pointers from the Malaysian fans when he want prepare for goal kicks and when saving the ball, which caused him to turn his head away.[14] During the final, Malaysia's fans again targeted the opposition players with green laser pointers. The first leg, also at the National Stadium, Bukit Jalil, was stopped for eight minutes starting in the 53rd minute when the Indonesian players walked off in protest and complained to referee Masaaki Toma about the laser lights.[15][16] Malaysia scored the first goal right after play was resumed.[17] The return-leg final in Jakarta saw Indonesian fans also pointing green laser lights again towards Malaysian goalkeeper face, Khairul Fahmi Che Mat.[18][19][20][21]

This table shows all team performance.