Desert National Park, Rajasthan, India, is situated in the west Indian state of Rajasthan near the town of Jaisalmer. This is one of the largest national parks, covering an area of 3162 km². The Desert National Park is an excellent example of the ecosystem of the Thar Desert. Sand dunes form around 20% of the Park. The major landform consists of craggy rocks and compact salt lake bottoms, intermedial areas and fixed dunes.

Despite a fragile ecosystem there is an abundance of birdlife. The region is a haven for migratory and resident birds of the desert. Many eagles, harriers, falcons, buzzards, kestrel and vultures. Short-toed eagles, tawny eagles, spotted eagles, laggar falcons and kestrels are the most common among these. Sand grouse are spotted near small ponds or lakes. The endangered great Indian bustard is a magnificent bird found in relatively fair numbers. It migrates locally in different seasons. The most suitable time to visit the area is between November and January. The Desert National Park has a collection of fossils of animals and plants of 180 million years old. Some fossils of dinosaurs of 6 million years old have been found in the area.[1]

Situated in the Indian state of Rajasthan near Jaisalmer.

The blackbuck is a common antelope of this region. The national park's other notable inhabitants are the desert fox, wolf and desert cat. Birdlife in this sandy habitat is vivid and spectacular. Birds such as sandgrouse, partridges, bee-eaters, larks, and shrikes are commonly seen. In the winter, the birdlife is augmented by species such as the demoiselle crane and MacQueen's bustard.

Perhaps the greatest attraction of the park is a bird called the great Indian bustard, an endangered species found only in India. Desert National Park is one of the last sites in which this species can be found in good numbers. As such, the species draws in thousands of birdwatchers from all over the world. In addition to the great Indian bustard, the park supports a variety of other birds of interest to birdwatchers and conservationists alike.

The vegetation is sparse, and patches of sewan grass and aak shrub (Calotropis) can be seen. The landscape includes craggy rocks and compact salt lake bottoms, as well as intermediate areas and both fixed and shifting dunes. Around 20 percent of the vast expanse is covered with sand dunes. 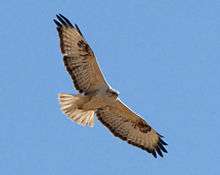 Indian bustard: The endangered Indian bustard is the major attraction of Desert National Park. Brown and white in colour, the bustard is a metre tall and has long bare legs and a long neck. One can spot this tall and graceful ground-dwelling bird near the Sudashri waterhole. Sam Sand Dunes:

These dunes are located near the Thar Desert.

A view of Sams Sand Dunes

Gadsisar Sagar Tank: This tank is among the tourist places in Jaisalmer, Rajasthan. Thousands of migratory birds come to this place every year.

Jeep Safari enables tourists to explore a wider area of the park in relatively short span of time.