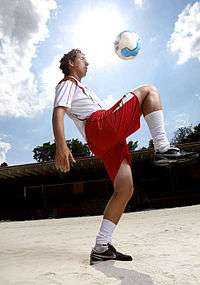 Association football (more commonly known as football or soccer) was first codified in 1863 in England, although games that involved the kicking of a ball were evident considerably earlier.[1] A large number of football-related terms have since emerged to describe various aspects of the sport and its culture.

The evolution of the sport has been mirrored by changes in this terminology over time. For instance, the role of an inside forward in variants of a 2–3–5 formation has many parallels to that of an attacking midfielder, although the positions are nonetheless distinct.[2] Similarly, a 2–3–5 centre half can in many ways be compared to a holding midfielder in a 4–1–3–2.[3]

In many cases, multiple terms exist for the same concept. One reason for this is the progression of language over time. The sport itself, originally known as association football, is now more widely known by the shortened term football, or soccer, derived from the word association.[4] Other duplicate terms can be attributed to differences between varieties of English. In Europe, where British English is prevalent, the achievement of not conceding a goal for an entire match is known as a clean sheet.[5] In North America, where American and Canadian English dominate, the same achievement is referred to as a shutout.[6]

Occasionally the actions of an individual have made their way into common football parlance. Two notable examples are Diego Maradona's goals in Argentina's 1986 World Cup quarter-final win against England. After the match, Maradona described his first goal—a handball that the referee missed—as having been scored "a little bit by the hand of God, another bit by the head of Maradona".[7] His second goal was subsequently voted in a 2002 FIFA poll as the Goal of the century. Both phrases are now widely understood to refer to the goals in that match.[8]

This glossary serves as a point of reference for terms which are commonly used within association football, and which have a sport-specific meaning. It seeks to avoid defining common English words and phrases that have no special meaning within football. Exceptions include cases where a word or phrase's use in the context of football might cause confusion to someone not familiar with the sport (such as clean sheet), or where it is fundamental to understanding the sport (such as goal). Entries on nicknames relating to specific players or teams are actively avoided. Other phrases without entries are specific clubs, rivalries, media organisations or works, unless the name also has a more general meaning within football, as is the case with El Clásico and Roy of the Rovers stuff. 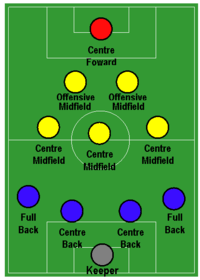 The 4–3–2–1 (Christmas Tree) formation, a variant of the 4–5–1.
For a more comprehensive list of formations, see Formation (association football). 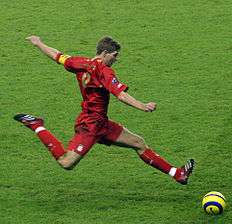 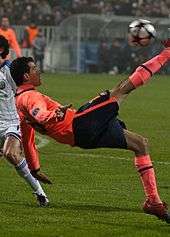 A player attempting a bicycle kick 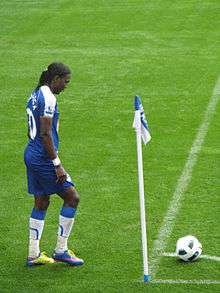 A player standing by the corner flag, about to take a corner kick

The player in the centre is dribbling. 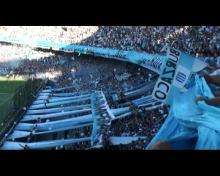 Fans of Racing Club de Avellaneda, supporting their team before a match

A player (blue) about to take a free kick 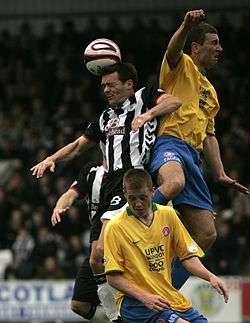 A player (black/white) being challenged by two defenders (yellow/blue), attempting to make a header 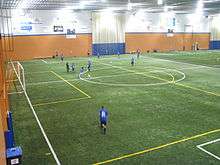 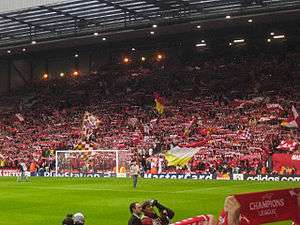 The famous Kop at Anfield, home of Liverpool F.C.

A linesman holds up his flag 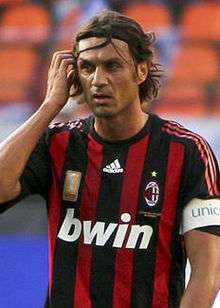 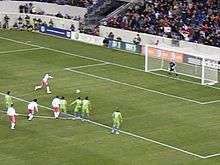 A goalkeeper (black) makes a save from a penalty kick 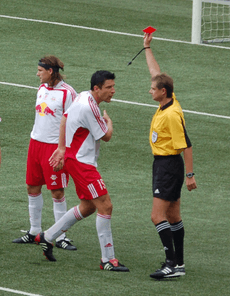 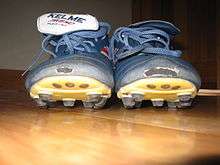 Football boots with moulded studs at the bottom 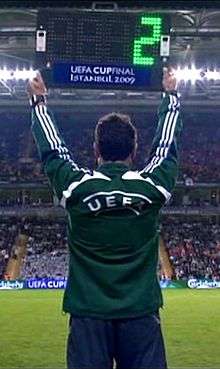 A truncated icosahedron (left) compared to a telstar football.

UEFA defines a European Treble as the feat of winning all three seasonal club confederation competitions.[315]

Vanishing spray in use 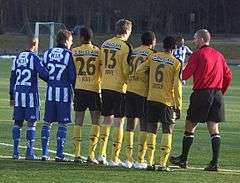 A referee (red) ensuring a wall is correctly lined up