Hatboro is a borough in Montgomery County, Pennsylvania, United States. The population was 7,360 at the 2010 census.

According to the United States Census Bureau, the borough has a total area of 1.4 square miles (3.6 km2), all land.

The Borough of Hatboro is a small municipality that is surrounded by Upper Moreland Township in Montgomery County and Warminster Township in Bucks County. The Pennypack Creek runs through the center of town under Pennsylvania Route 263 (York Road) and through the municipality. 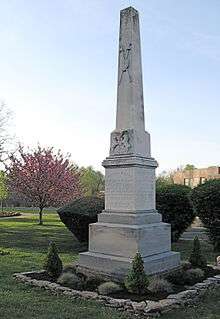 The town of Hatboro is located on land purchased from William Penn by the family of Nicholas More around 1705. The first land titles in town were issued in 1711. Original construction by early residents of the town occurred between 1715 and 1719. Early settlement pre-dating the Hatboro name occurred in the Crooked Billet area east of York Road, between Moreland Avenue and Byberry Road.

Early resident John Dawson entertained guests at the Crooked Billet Inn as well as manufacturing a line of hats. When the post office opened in 1809 the town was officially called Hatborough. U.S. Postmaster General John Wanamaker officially changed the name of the town in the 1880s to Hatboro.

The Union Library Company of Hatboro, the third library company to be founded in Pennsylvania, was formed in 1755. This building still stands on its original site today and still serves as a library. George Washington and his troops passed through the town numerous times during 1777 in pursuit of British Troops. The Battle of Crooked Billet was fought in 1778.

The year 1811 saw the construction of the Loller Academy, the first bank was built in 1873, and railroad service connected to Hatboro in 1874.[2]

The Loller Academy, Roberts and Mander Stove Company Buildings, and Union Library Company are listed on the National Register of Historic Places.[3] 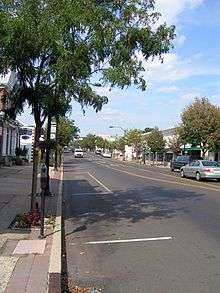 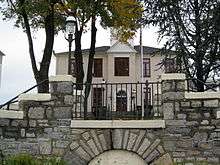 Hatboro has a city manager form of government with a mayor and a seven-member borough council.

The borough is part of the: 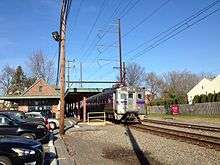 The main north-south road in Hatboro is Pennsylvania Route 263 (York Road), which serves as the town's main street. Pennsylvania Route 332 begins at PA 263 in Hatboro and heads east on Montgomery Avenue and northeast on Jacksonville Road. The main east-west street in Hatboro is Moreland Avenue. Other important roads in Hatboro include County Line Road (which runs along the northern border with Warminster Township in Bucks County), Warminster Road (which runs along the eastern border with Upper Moreland Township), Byberry Road, and Horsham Road. The Willow Grove interchange of the Pennsylvania Turnpike is nearby in Upper Moreland Township.[12]