Kallakurichi is a municipality of Viluppuram district, Tamil Nadu, India and a Parliamentary consistency in Tamil Nadu. As of 2011, the town had a population of 52,507. 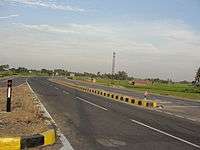 Kallakurichi is not connected by railway. The nearest domestic airport is in Salem, but this airport is currently not in use. Chennai and Trichy are the nearest international airports.

Kallakurichi is nearer to Kalvarayan Hills. Proximity of clouds fall near the peak of Vellimalai hilltop is a popular tourist spot for locals during the monsoon season. Vellimalai is a pristine unexplored location.

Kallakurichi is an emerging agricultural town in Villupuram district. There are over 100 Rice processing units or mordern rice (mills) both small and big in this town. Textiles, Jewellery and agricultural feeds are major businesses. Rasi Seeds (P) LTD, has a seed processing plant in Thatchur, a suburban area of Kallakurichi. The town has two government co-operative sugar mills and one private sugar mill is there, and some solvent extraction plants. There are many poultry farms in and around Kallakurichi.

Kallakurichi is an educational center of Western Villupuram District, having many schools and colleges in and around the locality.