Following its return to the First Division in 2003, Kitchee became one of the most prominent teams in Hong Kong. Coached by Dejan Antonic, Kitchee won three trophys in two seasons: two in (2005–2006) and one in their 2006–07 season, the club secured 2nd place in the league, where champions South China had already qualified for AFC Cup as Hong Kong Senior Shield winner. As a result, Kitchee became one of the two Hong Kong representatives in 2008 AFC Cup.

Since 2009, the club has been a partner with the Chinese University of Hong Kong for its Injury Prevention and Performance Enhancement (IPPE) program.[3]

In the 2010–11 Hong Kong First Division League season, under coach Josep Gombau, Kitchee won its first league title in 47 years, by one point over arch rival South China AA, allowing the club to compete in the 2011 Barclays Asia Trophy, where they lost 0:4 to Chelsea FC and 0:3 to Blackburn Rovers, and the 2012 AFC Cup.

In 2012, Kitchee Foundation submitted a successful proposal to The Hong Kong Jockey Club Charities Trust for a youth football training centre. The club received over HK$44 million from the trust for the establishment of a centre at Shek Mun, Shatin, New Territories. It will be called the Jockey Club Kitchee Centre, which was scheduled to open in 2014. The trust's input will be sufficient for 90% of the costs of the centre, while proceeds from the Kitchee vs Arsenal exhibition match will also go into developing the centre.[5] Apart from serving as the training ground of Kitchee first team and Kitchee Academy, the Centre also provides facilities for the Education Bureau-approved Professional Footballer Preparatory Programme, which Kitchee jointly offers with Yan Chai Hospital Tung Chi Ying Memorial Secondary School, in order to integrate football training into regular school curriculum and schedule.

In July 2012, Kitchee played an exhibition match against Arsenal FC for The Hong Kong Jockey Club Charities Trust Challenge Cup, drawing 2–2 in front of a full house at the Hong Kong Stadium.[6] This was Arsenal's first time in Hong Kong for 17 years. In October 2012, Arsenal further donated HK$780,000 to Kitchee Foundation in support of the youth training centre.[7]

Kitchee played Manchester United in Hong Kong during the summer of 2013 after Kitchee Foundation received HK$8 million from the Mega Events Fund to host the match.[7][8] The game took place on 2 August 2013, Manchester United won 2–5. 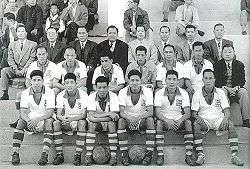 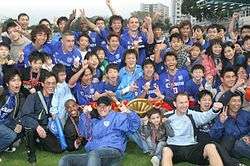 Major trophies are listed below.