Guangzhou Evergrande won the tournament after defeating Al-Ahli in the final. Guangzhou also qualifed for the 2015 FIFA Club World Cup.[1]

Western Sydney Wanderers were the defending champions, but they were eliminated in the group stage.

The AFC Competitions Committee finalised the slot allocation for the 2015 and 2016 editions of the AFC Champions League based on the criteria, including AFC's MA rankings and the implementation of club licensing regulations, on 28 November 2014.[5][6][7]

The following 49 teams from 21 associations entered the competition.[8] 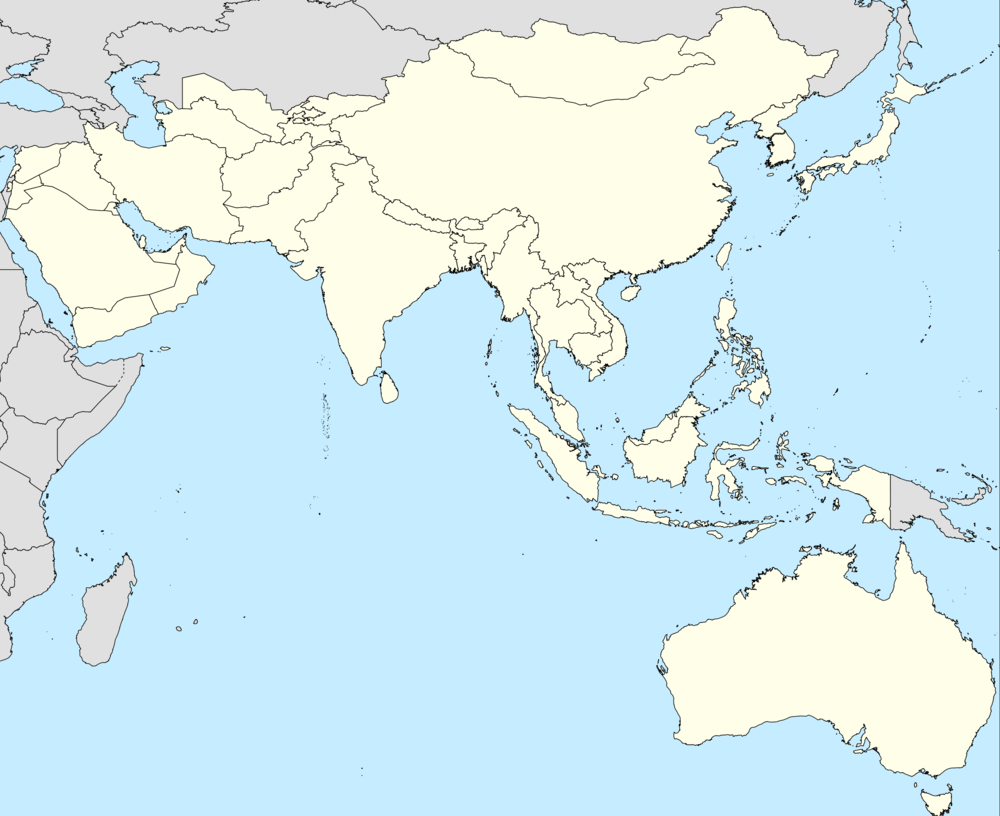 Warriors (p)
Location of teams of the 2015 AFC Champions League.

The schedule of the competition was as follows (all draws were held in Kuala Lumpur, Malaysia).[10]

The bracket for the qualifying play-off, which consisted of three rounds (preliminary round 1, preliminary round 2, and play-off round), was determined by the AFC based on the association ranking of each team.[13] Each tie was played as a single match, with the team from the higher-ranked association hosting the match. Extra time and penalty shoot-out were used to decide the winner if necessary. The winners of each tie in the play-off round advanced to the group stage to join the 24 automatic qualifiers. All losers in each round which were from associations with only play-off slots entered the 2015 AFC Cup group stage.[1]

The draw for the group stage was held on 11 December 2014.[13] The 32 teams were drawn into eight groups of four. Teams from the same association could not be drawn into the same group. Each group was played on a home-and-away round-robin basis. The winners and runners-up of each group advanced to the round of 16.

The teams are ranked according to points (3 points for a win, 1 point for a draw, 0 points for a loss). If tied on points, tiebreakers are applied in the following order:[1]

In the knockout stage, the 16 teams played a single-elimination tournament, with the teams split between the two zones until the final. Each tie was played on a home-and-away two-legged basis. The away goals rule, extra time (away goals do not apply in extra time) and penalty shoot-out were used to decide the winner if necessary.[1]

In the round of 16, the winners of one group played the runners-up of another group in the same zone, with the group winners hosting the second leg.

In the semi-finals, the matchups were determined by the quarter-final draw.[14]