Combined teams of the Graduate School of Engineering and the Department of Science and Engineering competed against 130 team and came in 11th place in the 27th Formula SAE in 2007. This is the highest order at the participation university from Japan at present.

The origins of Kokushikan University lie in the Kokushikan private academy, founded in Tokyo’s Azabu district in 1917, midway through Japan’s turbulent Taisho period. Founder Tokujiro Shibata and his young colleagues envisaged that this academy would cultivate competent individuals endowed with wisdom and courage. Kokushikan, which has already produced over 146,000 graduates active in all spheres of society, will be celebrating its 100th anniversary in 2017.

Since its foundation in 1917, Kokushikan University has been working diligently to realize the educational philosophy, which is aimed to cultivate students so that they can contribute to the world peace and development. In the statement of the purport for establishing Kokushikan University, the significance of spiritual civilization is noted, lamenting the social malady of material civilization. Also, the university has been working consistently to instill a spirit of "knowledge and action", which has become a tradition over the years, and at present, the university offers education based on this principle. (Content from http://www.kokushikan.ac.jp/english/information/index.html)

Reorganization April in 2007, for Science and Engineering 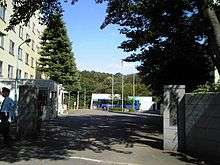 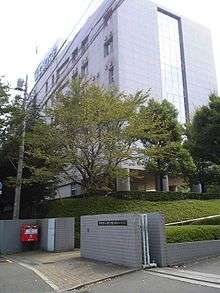 In addition to Kokushikan University, the other participants in the Setagaya Six Universities Consortium (世田谷6大学コンソーシアム Setagaya Roku Daigaku Konsōshiamu) are as follows:

Kokushikan University is in a credit transfer agreement with the following area schools: