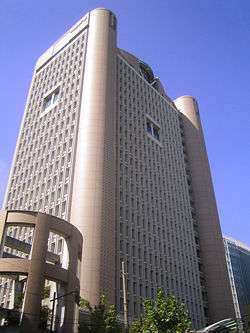 Meiji University (明治大学, Meiji daigaku) is a private university with campuses in Tokyo and Kawasaki, founded in 1881 by three lawyers of the Meiji era, Kishimoto Tatsuo, Miyagi Kōzō, and Yashiro Misao. It is one of the largest and most prestigious Japanese universities in Tokyo.

The University has nine faculties with a total of approximately 33,000 students on three campuses in Ochanomizu in Chiyoda, Tokyo, the Izumi neighborhood of Suginami-ku, Tokyo, and the Ikuta neighborhood of Tama-ku, Kawasaki. The university is one of the Japanese Ministry of Education, Culture, Sports, Science and Technology's (MEXT) thirteen "Global 30" Project universities, which as of 2014 is called the Super Global Universities program.[1] 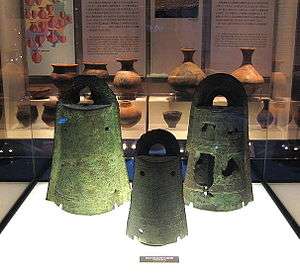 The university announced on February 26, 2009, that it would open a museum dedicated to anime and manga.[3] It will include international research centers hosting Japanese and international scholars as well as a large quality of artifacts on the subject.

Meiji University is one of the leading universities in Japan.

The university has been ranked 19th and 26th in 2009 and 2010 respectively in the ranking "Truly Strong Universities" (本当に強い大学) by Toyo Keizai.[4]

The Nikkei Shimbun on 16 February 2004 surveyed about the research standards in engineering studies based on Thomson Reuters, Grants in Aid for Scientific Research and questionnaires to heads of 93 leading Japanese Research Centers, and Meiji was placed 37th in this ranking.[15]

Meiji has filed the 62nd highest number of patents in the nation as its research outcomes.[16]

Meiji Law School is considered as one of the top Japanese law schools, as Meiji's number of successful candidates for Japanese bar examination has been 14th and 20th in 2009 and 2010 respectively.[17] It is one of the strongest department in this university as the cumulative number of people qualified as lawyer and prosecutor has been historically 6th after WW2.[18]

Eduniversal ranked Meiji as 4th in the rankings of "Excellent Business Schools nationally strong and/or with continental links" in Japan.[19]

Graduates from Meiji enjoy good success in the Japanese industries.

According to the Weekly Economist's 2010 rankings, graduates from Meiji University have the 35th best employment rate in 400 major companies[20]

The university is also ranked 6th in Japan for the number of alumni holding the position of executive in the listed companies of Japan, and this number per student (probability of becoming an executive) is 25th.[21][22]

Furthermore, the number of Members of Parliament who graduated Meiji is 6th in Japan.[23]