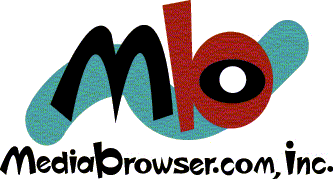 MediaBrowser (MediaBrowser.com, Inc.) was an Internet browser branding company that started in 2000 by Mark C. Brown. They made specially branded versions of Internet Explorer for various company brands and themes. Because the branded web browsers made by MediaBrowser require Internet Explorer 5 or higher it is only supported under Windows Operating Systems. On December 5, 2001 Mediabrowser.com, Inc. went bankrupt and shut down their site and the branded web browsers.[1]

Due to compatibility issues, MediaBrowser is not compatible with Windows Vista or Windows 7; however it can be run under Windows XP Compatibility Mode.

The branding consisted of various brand images on the background, navigation buttons, splash screen and links to specific web pages that related to the brand of the company. MediaBrower also had a space for ads to display at the bottom of the web browser. MediaBrowser's MicroTron was also included in every MediaBrowser branding to display brand-related video content to the user.[3] 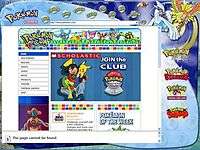 In late 2000 video game company, Nintendo partnered with MediaBrowser to make branded browsers of their new and upcoming video games. The first two browsers to be released were for the (then upcoming) Pokémon Gold and Silver video games and Mario Tennis. Retailers gave out CD-ROM copies of the branded Pokémon GS browser to anyone who pre-ordered a copy of Pokémon Gold or Silver as a special promotion.[4] Later in 2001, other browsers were released branded with other Nintendo games such as Paper Mario and Legend of Zelda: Majora's Mask. A Nintendo Power branded browser was released as well.[3]

MediaBrowser.com, Inc. went bankrupt on December 5, 2001 under Chapter 7 filing due to company debts of $2.49 million and various unpaid loans.[1] The web site containing all the branded web browsers was pulled and Nintendo posted a notice on their downloads page stating "Nintendo's custom browsers are currently unavailable. We do not have a date for when they will return, but keep checking the Nintendo.com downloads page for updates. Thanks!"[5]