The university was granted its charter in 1959. 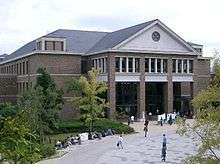