The city was known as Chicacole before Indian Independence.[6] 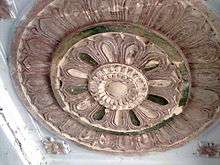 This region of Andhra Pradesh was part of Kalinga region at first, and later a part of Gajapati kingdom of Odisha up to the medieval period. Srikakulam was integral part of the domain of Eastern Chalukyas of Vengi during the rule of Kubja Vishnuvardhana (624- 641). During his rule the Vengi kingdom had expanded from Srikakulam in the north to Nellore in the south. They patronised Telugu.[7] It was under the rule of Kakatiya Dynasty of Warangal during the rule of Ganapati Deva in 13th century CE. Srikakulam was under the rule of illustrious Krishna Deva Raya of Vijayanagara Empire too. Srikakulam was under the rule of Nizam state of Hyderabad for only a brief period, namely from 1707 to 1753. It was the headquarters for revenue collection of Rajahmundry, Eluru and Kondapalli as well as Srikakulam district itself. The French defeated and ended the brief rule of Nizam in 1753, these all districts were thereafter part of French India in 1753. However French imperialists too could not hold their sway over here for a long time, and were soon driven out from here by British imperialists, during 1756 in Anglo-French wars. Thereafter Srikakulam was under was soon a part of British – Northern Circars. 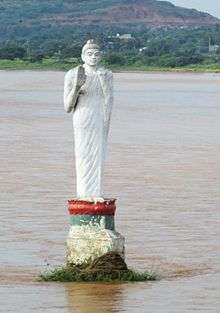 In 1759 the Fauzdhari ruling was ended and British ruling started, and Srikakulam town has been made part of Ganjam district and Palakonda and Rajam areas were included in Vizag district in the undivided Madras province. In 1936 the combined Madras-Odisha state was divided to Madras and Odisha and Parlakimidi Taluk was separated from combined Madras state. Srikakulam was renamed as Srikaklam taluk, Srikakulam town as Srikakulam municipality since 1857 under British rule. In 1947 after Indian independence, many including Potti Sriramulu fought for separate Andhra State. In 1948 many demanded for Srikakulam district as it was in combined vizag district. First 'chintada' village was proposed as district headquarters by some central leaders. On 17 July 1950, a representation was given by Challa Narasimhu naidu, an eminent leader, Pullela Vemkataramanayya (P.V. Ramanayya), who was an eminent advocate, public prosecutor, and freedom fighter, to the then revenue minister H. Sitaramareddy on his visit to this area and requested to select Srikakulam as district headquarters at his camp office in Vizianagaram. Sitaramareddy personally saw some places in Srikakulam for selection.

The Srikakulam urban agglomeration constituents of the city include, Srikakulam municipality, census town of Balaga, fully out growths of Arasavalli, partly outgrowths of Kusulapuram, Thotapalem, Patrunivalasa and Patha Srikakulam (rural). While, Ponugutivalasa of Santhakavati mandal is now a part of Rajam Nagar Panchayat.[11] 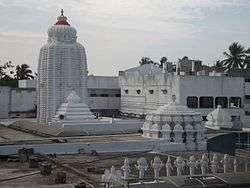 The Arasavalli temple is the abode of Sun god and was constructed by Kalinga king. Kalingapatnam also has an old lighthouse. Vamsadhara River empties into the sea. in village Sri Kurmam.

The primary and secondary school education is imparted by government, aided and private schools of the School Education Department of the state.[15][16] The medium of instruction followed by different schools are English, Telugu. 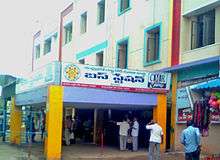