This article is about the India newspaper. For other uses of "The Statesman", see Statesman (disambiguation).

The Statesman is an Indian English-language broadsheet daily newspaper founded in 1875 and published simultaneously in Kolkata, New Delhi, Siliguri and Bhubaneswar. It incorporates and is directly descended from The Friend of India, founded in 1818. It is owned by The Statesman Ltd and headquartered at Statesman House, Chowringhee Square, Kolkata, with its national editorial office at Statesman House, Connaught Place, New Delhi. It is a member of the Asia News Network.

The Statesman is a direct descendant of two newspapers, The Englishman and The Friend of India, both published in Calcutta (now Kolkata). The Englishman was started by Robert Knight, who was previously the principal founder and editor of The Times of India. Knight founded The Statesman and New Friend of India on 15 January 1875, which later adopted the current name. The Statesman was managed by a British corporate group until it transferred ownership to a consortium of companies with N A Palkhivala as Chairman in the mid-1960s. The first editor assigned under this new ownership was Pran Chopra.

The Statesman is characterized by its terse reporting style. It holds an independent anti-establishment position. It opposed the shifting of India's capital from Calcutta to New Delhi in 1911, stating that "[t]he British have gone to the city of graveyards to be buried there". It also strenuously opposed Indira Gandhi's Emergency in 1975-77.

The Statesman Award for Rural Reporting is presented to outstanding journalists every year, irrespective of affiliation, to further the social uplifting of indigents from India. The awards are presented on the 16th of September every year, the death anniversary of Justice Sudhi Ranjan Das, former Chief Justice of India's Supreme Court and chairman of The Statesman during the tumultuous Emergency years.

Once the most widely read English dailies in West Bengal, The Statesman has now lost some ground to The Telegraph, The Times of India and Hindustan Times in the state. But it is widely regarded as the paper to read for serious news reportage and incisive analytical articles.

The Statesman is a founding member of the Asia News Network, a grouping of 22 Asian newspapers that have joined hands for a daily news exchange. This allows The Statesman to offer exhaustive coverage of all Asian regions. 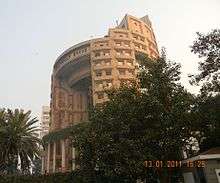 The Statesman carries a Thursday feature supplement called "Section 2" which is published from New Delhi. The four-page supplement provides in-depth analysis on art, dance, literature, drama, fashion, lifestyle and entertainment. In Kolkata, the supplement "Voices" focuses on schools and schoolchildren. It started in 1995, providing the opportunity for school children to showcase their writing skills with research articles, poems and short news clips. Among other activities every year, "Voices" hosts a 2-day long festival called "Vibes" in Calcutta, which showcases inter-school competitions in different fields, as well as shows by musicians and bands.

The Sunday supplement, "8th Day", is the major literary section of the paper, consisting of reader-contributed short stories and poems while the other Sunday supplement, "Evolve", mainly deals with the cultural scene in India. "Marquee", published every Saturday, covers the film and entertainment scene.

Sister Edition Dainik Statesman, a daily Bengali newspaper, was launched in June 2004 and is published simultaneously in Kolkata and Siliguri.

In February 2009, editor Ravindra Kumar and former publisher Anand Sinha of The Statesman were arrested on the charges of "hurting the religious feelings" of Muslims.[3] BBC reported that the Muslims were upset with The Statesman for reproducing Johann Hari's article "Why should I respect these oppressive religions?" from the UK's The Independent daily in its February edition. [4]

The Statesman Vintage & Classic Car Rally has been held annually since 1964.