The Media in Gujarati language started with publication of Bombay Samachar in 1822. Initially the newspapers published business news and they were owned by Parsi people based in Bombay. Later Gujarati newspapers started published from other parts of Gujarat. Several periodicals devoted to social reforms were published in second half of 19th century. After arrival of Mahatma Gandhi, the Indian independence movement peaked and it resulted in proliferation of Gujarati media. Following independence, the media was chiefly focused on political news. After bifurcation of Bombay state, the area of service changed. Later there was an increase in readership due to growth of literacy and the media houses expanded its readership by publishing more number of editions. Later these media houses ventured into digital media also. The radio and television media expanded after 1990. 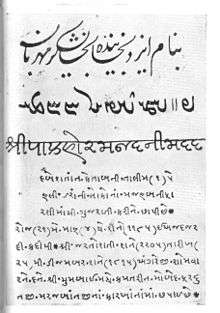 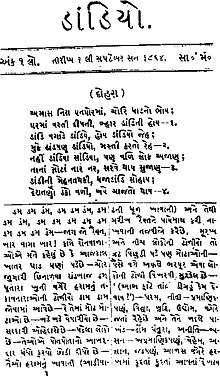 The printing was introduced in Gujarati in 1812. The first printed book published was the Gujarati translation of Dabestan-e Mazaheb prepared and printed by Parsi priest Fardunjee Marzban in 1815. Early newspapers in Gujarati are published from Bombay and they covered commercial and business news chiefly. They were mainly published by Parsi community and served area of Bombay (now Mumbai). On 1 July 1822, the first Gujarati newspaper Bombayna Samachar was started by Fardunjee Marzban as a weekly business journal with 150 subscribers. In 1832, it was renamed Bombay Samachar and converted into biweekly. Later it became daily in 1855. In 1933, its present publisher Cama family brought it. Another Parsi, Naoroji Dorabji Chandaru started Mumbai Vartman in 1830. A year later was renamed Mumbaina Halkaru Ane Vartaman and converted into biweekly which published until 1843. Pestonji Manekji started a weekly Jam-e-Jamshed in 1831 which later converted in daily 1853. Several other newspapers published between 1832 and 1856: Doorbeen, Samachar Darpan, Mombaina Kasud, Chitranjan Darpan and Chabuk.[1][2][3] The first women's magazine in Gujarati, Streebodh was established in 1857 by Parsi social activists.[4] 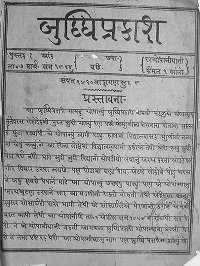 The Gujarat Vernacular Society of Ahmedabad, founded by British Magistrate Alexander Kinloch Forbes, started Vartaman in 1849. The society also published Budhvar weekly and Buddhi Prakash magazine. Due to efforts of Forbes, Surat Samachar, a biweekly, was introduced in Surat in 1850 which run for short period. Dinshaw Ardeshir Talyarkhan started Gujarat Darpan in 1863 as a biweekly. It was merged with Gujaratmitra in 1894 and was renamed Gujaratmitra Gujarat Darpan.[1][3]

Several journal during those times were dedicated to social reform. Parhejhgar of Surat was devoted to prohibition. Lallubhai Raichand launched Shamasher Bahadur in Ahmedabad in 1854. Social reformer Dadabhai Navroji introduced Rast Goftar (The Truth Teller) to clarify Zoroastrian concepts in 1854 which published until 1921. Narmad launched Dandiyo in 1864 which was inspired by The Spectator. It run until 1869 and merged with Sunday Review in 1870. Karsandas Mulji started Satyaprakash in 1855 in Bombay.[1][3][4][5][6]

The first daily published in Gujarat was Hitechchhu. It was launched a biweekly in 1861 and later became daily in 1873. Prajabandhu was introduced in 1895. A weekly from Kheda, Kheda Vartman was started in 1861 and completed its centenary. An evening newspaper Sanj Varman of Bombay was introduced in 1902 which published until 1950.[1] Doot, a Gujarati Catholic monthly, was launched from Bombay. 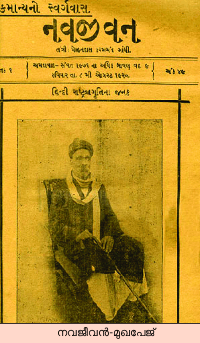 Gujarati journalism was greatly influenced by the Indian independence movement between 1915 and 1947. Mahatma Gandhi who led the independence movement, introduced Navjivan in 1919. It was renamed Harijan Bandhu in 1932 and published until 1940. It was revived and published again from 1946 to 1948. Saurashtra weekly was started in 1921 which was renamed later as Phulchhab.[1][7] Hajimahamad Allarakha published artistic periodical Visami Sadi from 1916 to 1920.[8][9] 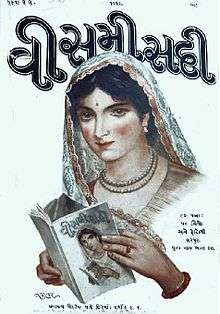 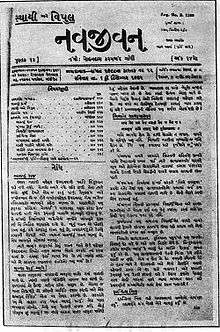 Sandesh was founded by Nandlal Bodiwala in 1923 following Non-cooperation movement. Gujarat Samachar was started in 1932 following Dandi March and civil disobedience movement. Amritlal Seth founded Saurashtra Trust in 1931 and launched Janmabhoomi on 9 June 1934 in Bombay. It was edited by Samaldas Gandhi. After sometime, Samaldas Gandhi left Janmabhoomi and launched Vande Mataram. Following business war between two newspapers, Amritlal Seth founded the Indian Languages Newspapers Association. He also founded a cooperative society to finance other newspapers. It expanded its reach by publishing and acquiring several magazines and newspapers. It owns Vyapar (1948), the first business magazine in an Indian language founded in 1948, Phulchhab (1921) publishing from Rajkot and Kutchmitra (1955) publishing from Bhuj. It also own a weekly, Pravasi and a literary journal Kavita. Jai Hind was founded by Babulal Shah in 1948 which is headquartered at Rajkot. Loksatta—Jansatta was founded in 1953.[1][7]

Following Mahagujarat Movement in 1960, Bombay state was divided into Gujarat, with Ahmedabad as its capital, and Maharashtra with Mumbai as its capital. The newspapers published from both capital cities changed their area of coverage accordingly. Akila Daily started in 1978 from Rajkot. Gujarat Samachar and Sandesh expanded its number of editions in 1980s. Sandesh was headed by Chimanbhai Patel from 1958 who introduced weekly supplements in Gujarat. Pradyumna Mehta published monthly Hindustan Patrika in Chicago from 1977 to 1981 for Gujarati diaspora. Other monthlies abroad were Gujarat Vartaman and Bharat Sandesh both based in Chicago and stopped in 1980s. Gujarati Samachar based in New York City was published also. Bhupat Vadodaria established Sambhaav media group in 1986 which publishes evening tabloid Sambhaav Metro in Ahmedabad. It also publishes Abhiyaan, a socio-political weekly.[1][7][10][11][12][13]

Sambhaav was the first media group to enter in online media in Gujarat. Divya Bhaskar was introduced in 2003 by Dainik Bhaskar Group which led to another business war in Gujarati print media. It quickly expanded across Gujarat and took over Saurashtra Samachar based in Bhavnagar in 2004.[14] Divya Bhaskar publishes an edition for Gujarati diaspora in North America.[1] The Times Group which publishes The Times of India, launched Gujarati edition of The Economic Times in February 2007 in Ahmedabad[15] and its Gujarati daily NavGujarat Samay in January 2014.[16]

In 2011, there were 10 radio stations in Gujarat run by All India Radio including Vividhbharti. There were several other radio channels owned by private media groups in Gujarat including Radiomirchi, Radio City, Red FM, My FM, Radio One and Big FM. There are four campus radio stations in Gujarat, Micavaani by MCA, GURU by Gujarat University, Vallabh Vidyanagar Campus radio and a campus radio by Sardar Patel University, Anand. SEWA operates the community radio, Rudi no Radio in Sanand near Ahmedabad.[1]

As per 2011, there were more than 4 million television connections in Gujarat.[1]