Verspah Oita (ヴェルスパ大分, Verspah Ōita) is a Japanese football club currently competing in the Japan Football League.[1] The year 2012 is their first year in the JFL after they were promoted from the 2011 Kyushu League.

In early December 2013 the club try to be closer to the community, with name of the club changed to Verspah Oita (ヴェルスパ大分, Verspah Ōita), for 2014 season onwards.[2] 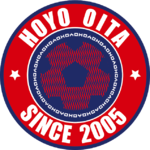