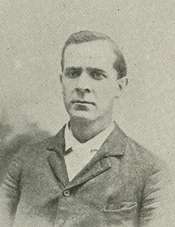 On March 7, 1905, Dayton was nominated by President Theodore Roosevelt to a seat on the United States District Court for the Northern District of West Virginia vacated by the long-serving John Jay Jackson, Jr. Dayton was confirmed by the United States Senate on March 14, 1905, and received his commission the same day. He served thereafter until his death, in Battle Creek, Michigan. He was buried in Fraternity Cemetery in Philippi.