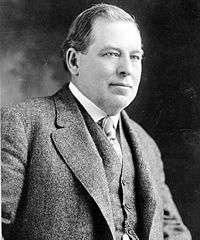 Brown attended public schools. He graduated from West Virginia University at Morgantown in 1877, where he was a member of Phi Sigma Kappa fraternity. The same year, he was admitted to the bar and opened his law practice in Preston County. He also worked in banking. In 1910, he was first elected as a Democrat to the Sixty-second Congress. He was re-elected to the Sixty-third and Sixty-fourth Congresses. He served from March 4, 1911 until his death in Washington, D.C. on March 9, 1916. Congressman Brown was buried at Kingwood Cemetery in Kingwood, West Virginia.

Brown married three times. First in 1883 to Jessie Thomas, of Tyrone, Pennsylvania. She died three years later about the time of the birth of their daughter Jessie. His second wife, Flora B. Martin, a West Virginia native, fell victim to pneumonia in 1912 after some ten years of marriage. His third wife, actress Izetta Jewel Kenney, whom he married in December, 1914, gave birth to their daughter Izetta Jewel Gay Brown just a few weeks before his death in March, 1916.[3] [4]