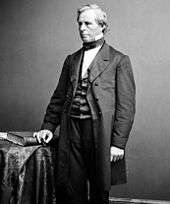 Born in Kingwood, Virginia (now West Virginia), Brown attended the public schools as a child, studied law and was admitted to the bar in 1823, commencing practice in Kingwood. He was a member of the Virginia House of Delegates in 1832 and again from 1840 to 1843 before being elected a Democrat to the United States House of Representatives in 1844, serving from 1845 to 1849. He was a delegate to the Virginia Constitutional Convention in 1850 and 1861 and a delegate to the Democratic National Convention in 1860 in both Charleston, South Carolina and Baltimore, Maryland. He was elected back to the House as a Unionist in 1860, serving again from 1861 to 1863 and upon West Virginia being admitted to the Union, was elected back as an Unconditional Unionist, serving again from 1863 to 1865. Brown died in Kingwood, West Virginia on April 19, 1884 and was interred there in Maplewood Cemetery.