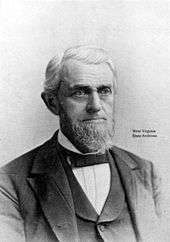 Hubbard was elected as an Unconditional Unionist to the 39th United States Congress and reelected as a Republican to the 40th United States Congress (March 4, 1865 – March 3, 1869). He served as chairman of the Committee on Expenditures in the Department of the Interior (Fortieth Congress). He resumed banking and manufacturing pursuits. He died in Wheeling, W.Virginia on August 23, 1891. He was interred in Greenwood Cemetery.

Hubbard also was one of the co-founders of the Eclectic Society, originally a college fraternity at Wesleyan. The Eclectic Society was founded in 1838, making it one of older fraternal college organizations in the United States.