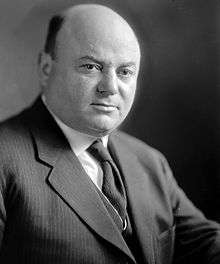 He was elected and served as a member of the West Virginia State Senate from 1914 to 1918.