For those of a similar name, see Stuart Reed (disambiguation). 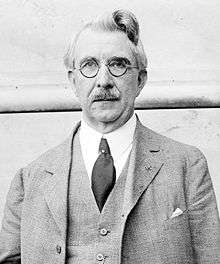 Reed was born near Philippi, West Virginia. He attended the common schools and taught in country schools. He graduated from the Fairmont State Normal School in 1885 and from the law department of West Virginia University at Morgantown in 1889. He founded and edited the Athenaeum (college journal) in 1889 and was the editor of the Telegram in Clarksburg, West Virginia 1890–1898.

Reed was a member of the West Virginia Senate 1895–1899 and also the postmaster of Clarksburg 1897–1901. He served as the president of the board of trustees of Broaddus College 1901–1908. In addition, he was a member of the International Tax Conference at Louisville, Kentucky in 1909 and the Secretary of State of West Virginia 1909–1917. He also was the president of the Association of American Secretaries of State in 1915.

Reed was elected from West Virginia's 3rd District[1] as a Republican to the Sixty-fifth and to the three succeeding Congresses (March 4, 1917 – March 4, 1925). In Congress, he served as chairman, Committee on Expenditures in the Department of Justice (Sixty-seventh Congress) and the Committee on District of Columbia (Sixty-eighth Congress). He declined to be a candidate for renomination in 1924. After leaving Congress, he engaged in literary pursuits and resided in Washington, D.C., until his death there July 4, 1935. He was buried in Elkview Masonic Cemetery, Clarksburg, West Virginia.