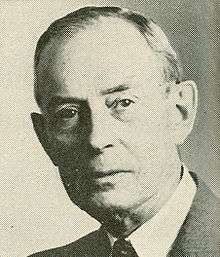 Born on a farm near Proctorville, Ohio, Neal attended the public schools. He graduated from Proctorville High School in 1894. He taught school in Ohio and Kentucky for six years. He graduated from National Normal University, Lebanon, Ohio, in 1900 and received a medical degree from the University of Cincinnati in 1906. He commenced the general practice of medicine in Huntington, West Virginia, in 1907. Neal served as mayor of Huntington 1925-1928. He served as member of Huntington Park Board 1931-1952, and West Virginia Public Health Council 1936-1940. He was elected to the West Virginia House of Delegates in 1951 and 1952.

Neal was elected as a Republican to the Eighty-third Congress (January 3, 1953-January 3, 1955), defeating the incumbent Congressman and former Marshall professor Maurice G. Burnside. He lost to former Congressman Maurice G. Burnside in 1954 for reelection to the Eighty-fourth Congress. He served as medical consultant to Foreign Operations Administration in Afghanistan from February 17, 1955, to June 20, 1955.

Neal was elected to the Eighty-fifth Congress (January 3, 1957-January 3, 1959), once again defeating the incumbent Maurice G. Burnside. He was defeated for reelection in 1958 by another Marshall professor, Ken Hechler, to the Eighty-sixth Congress. He died in Huntington, West Virginia, November 12, 1959 and was interred there in Spring Hill Cemetery.