The Bhonsle (or Bhonsale, Bhosale, Bhosle, Bhonslà)[7] are a prominent group within the Maratha clan system. Traditionally a warrior clan,[8][9] some members served as rulers of several states in India, the most prominent being Shivaji, the founder of the Maratha Empire. His successors ruled as chhatrapatis (emperors/maharajas) from their capital at Satara, although de facto rule of the empire passed to the Peshwas, the Maratha hereditary chief ministers, during the reign of Shahu I. In addition to the Bhonsle Chhatrapatis of Satara, rulers of the Bhonsle clan established themselves as junior branch of Chhatrapatis at Kolhapur, and as Maharajas of Nagpur in modern-day Maharashtra in the 18th century.

After the British defeat of the Marathas in the Third Anglo-Maratha War in 1818, the four Bhonsle dynasties continued as rulers of their princely states, acknowledging British sovereignty while retaining local autonomy. The states of Satara, Thanjavur, and Nagpur came under direct British rule in the mid-nineteenth century when their rulers died without male heirs, although the British allowed titular adoptions to take place. Kolhapur state remained autonomous until India's independence in 1947, when the rulers acceded to the Indian government.

Akkalkot State,[10][11] Sawantwadi State[12] and Barshi[6] were amongst other prominent states ruled by the Bhonsles.

Bhonsles claim their origin from Suryavanshi Sisodia Rajputs.[13][14][15] Sources supporting this claim include Pandit Ganga Bhatt of Varanasi, who had been hired for the purpose by Shivaji, and in 1674 presented a genealogy tracing Shivaji's ancestry to the Sisodias of Mewar.[16]

Scholars such as Jadunath Sarkar have contested Shivaji's Rajput origin, saying that it was a fabrication required during his coronation.[17] Others, such as C. V. Vaidya, do not accept this and point to works authored before his rise that refer to the connection. For example, the Radha Madhav Vilas Champu, written by the poet Jayaram, mentions Shahaji Bhonsle, the father of Shivaji, as being a Sisodia Rajput and Shahji's letter to Sultan Adil Shah in 1641 refers to the Bhonsle as Rajputs.[18] The discovery of Persian-language firmans in the 1920s also dented the claim of those such as Sarkar. The documents bear seals and tughra of Bahmani and Adil Shahi sultans and establish the direct descent of Shivaji and Ghorpade with that of Sisodia of Chittor.[19] 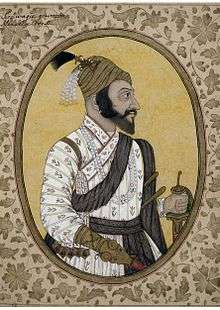 Other maharajas of the dynasty include: 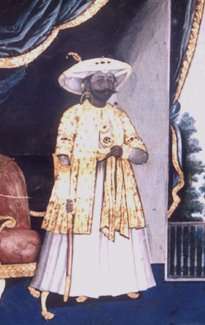 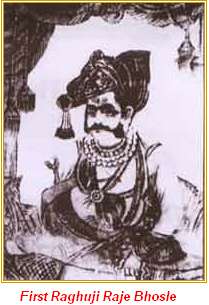