Civil and political rights are a class of rights that protect individuals' freedom from infringement by governments, social organizations, and private individuals. They ensure one's ability to participate in the civil and political life of the society and state without discrimination or repression.

Civil rights include the ensuring of peoples' physical and mental integrity, life, and safety; protection from discrimination on grounds such as race, gender, national origin, colour, age, political affiliation, ethnicity, religion, or disability;[1][2][3] and individual rights such as privacy and the freedoms of thought, speech, religion, press, assembly, and movement.

Civil and political rights form the original and main part of international human rights.[4] They comprise the first portion of the 1948 Universal Declaration of Human Rights (with economic, social, and cultural rights comprising the second portion). The theory of three generations of human rights considers this group of rights to be "first-generation rights", and the theory of negative and positive rights considers them to be generally negative rights.

The phrase "civil rights" is a translation of Latin ius civis (rights of a citizen). Roman citizens could be either free (libertas) or servile (servitus), but they all had rights in law.[5] After the Edict of Milan in 313, these rights included the freedom of religion.[6] Roman legal doctrine was lost during the Middle Ages, but claims of universal rights could still be made based on religious doctrine. According to the leaders of Kett's Rebellion (1549), "all bond men may be made free, for God made all free with his precious blood-shedding."[7]

In the 17th century, English common law judge Sir Edward Coke revived the idea of rights based on citizenship by arguing that Englishmen had historically enjoyed such rights. The Parliament of England adopted the English Bill of Rights in 1689. The Virginia Declaration of Rights, by George Mason and James Madison, was adopted in 1776. The Virginia declaration is the direct ancestor and model for the U.S. Bill of Rights (1789).

The removal by legislation of a civil right constitutes a "civil disability". In early 19th century Britain, the phrase "civil rights" most commonly referred to the issue of such legal discrimination against Catholics. In the House of Commons support for civil rights was divided, with many politicians agreeing with the existing civil disabilities of Catholics. The Roman Catholic Relief Act 1829 restored their civil rights.

T.H. Marshall notes that civil rights were among the first to be recognized and codified, followed later by political rights and still later by social rights. In many countries, they are constitutional rights and are included in a bill of rights or similar document. They are also defined in international human rights instruments, such as the 1948 Universal Declaration of Human Rights and the 1967 International Covenant on Civil and Political Rights.

Civil and political rights need not be codified to be protected, although most democracies worldwide do have formal written guarantees of civil and political rights. Civil rights are considered to be natural rights. Thomas Jefferson wrote in his A Summary View of the Rights of British America that "a free people [claim] their rights as derived from the laws of nature, and not as the gift of their chief magistrate."

According to political scientist Salvador Santino F. Regilme Jr., analyzing the causes of and lack of protection from human rights abuses in the Global South should be focusing on the interactions of domestic and international factors — an important perspective that has usually been systematically neglected in the social science literature.

Custom also plays a role. Implied or unenumerated rights are rights that courts may find to exist even though not expressly guaranteed by written law or custom; one example is the right to privacy in the United States, and the Ninth Amendment explicitly shows that there are other rights that are also protected.

The United States Declaration of Independence states that people have unalienable rights including "Life, Liberty and the pursuit of Happiness". It is considered by some that the sole purpose of government is the protection of life, liberty and property.[8] The right to self-defense is embodied in the 2nd Amendment right to bear arms. 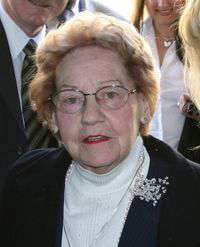 Civil rights guarantee equal protection under the law. When civil and political rights are not guaranteed to all as part of equal protection of laws, or when such guarantees exist on paper but are not respected in practice, opposition, legal action and even social unrest may ensue.

Some historians suggest that New Orleans was the cradle of the civil rights movement in the United States, due to the earliest efforts of Creoles to integrate the military en masse.[18] W.C.C. Claiborne, appointed by Thomas Jefferson to be governor of the Territory of Orleans, formally accepted delivery of the French colony on December 20, 1803. Free men of color had been members of the militia for decades under both Spanish and French control of the colony of Louisiana. They volunteered their services and pledged their loyalty to Claiborne and to their newly adopted country.[19]

But in early 1804, the new U.S. administration in New Orleans, under Governor Claiborne, was faced with a dilemma previously unknown in the United States, i.e., the integration of the military by incorporating entire units of previously established "colored" militia.[20] See, e.g., the February 20, 1804 letter to Claiborne from Secretary of War Henry Dearborn that "it would be prudent not to increase the Corps, but to diminish, if it could be done without giving offense".[21]

Worldwide, several political movements for equality before the law occurred between approximately 1950 and 1980. These movements had a legal and constitutional aspect, and resulted in much law-making at both national and international levels. They also had an activist side, particularly in situations where violations of rights were widespread. Movements with the proclaimed aim of securing observance of civil and political rights included:

Questions about civil and political rights have frequently emerged. For example, to what extent should the government intervene to protect individuals from infringement on their rights by other individuals, or from corporations — e.g., in what way should employment discrimination in the private sector be dealt with?

First-generation rights, often called "blue" rights, deal essentially with liberty and participation in political life. They are fundamentally civil and political in nature, as well as strongly individualistic: They serve negatively to protect the individual from excesses of the state. First-generation rights include, among other things, freedom of speech, the right to a fair trial, (in some countries) the right to keep and bear arms, freedom of religion and voting rights. They were pioneered in the United States by the Bill of Rights and in France by the Declaration of the Rights of Man and of the Citizen in the 18th century, although some of these rights and the right to due process date back to the Magna Carta of 1215 and the Rights of Englishmen, which were expressed in the English Bill of Rights in 1689.