The Jersey for the Dutch Champion 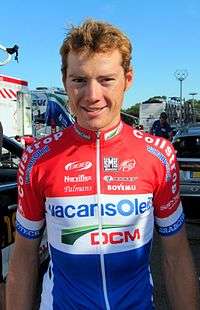 The Dutch National Road Race Championships take place annually, on the weekend prior to the start of the Tour de France. First held in 1888, today it is organized by the Top Sports Group, commissioned by the KNWU.

Until 1927, the race was open for all categories, after 1927 only for professional cyclists with or without contract.