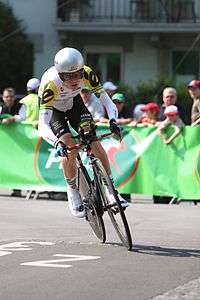 The winners of each event are awarded with a symbolic cycling jersey featuring green and yellow stripes, which can be worn by the rider at other time trialling events in the country to show their status as national champion. The champion's stripes can be combined into a sponsored rider's team kit design for this purpose.