Between 1943 and 1958, two separate bodies – the British League of Racing Cyclists (BLRC) and the National Cyclists' Union (NCU) – ran championships in competition with each other.

Separate amateur and professional men's championships were held from 1959 until 1995.

In recent years the under 23 and senior races have been combined which has caused some confusion in the interpretation of UCI rules.[2] 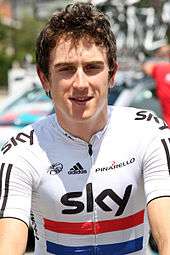 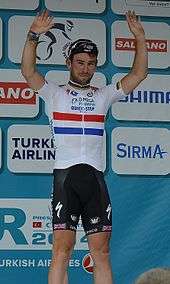 The winner of the road race gets to wear the National Champions jersey, which is white with red and blue bands, in races so that (s)he can be identified.