Kawasaki (川崎市, Kawasaki-shi) is a city in Kanagawa Prefecture, Japan, located between Tokyo and Yokohama. It is the 9th most populated city in Japan and one of the main cities forming the Greater Tokyo Area and Keihin Industrial Area.

Kawasaki is governed by mayor Norihiko Fukuda, an independent elected on 27 October 2013.[1] The city assembly has 63 elected members.

Fujitsu's Main Branch is located in Nakahara-ku.[4] It was formerly Fujitsu's headquarters.[5] 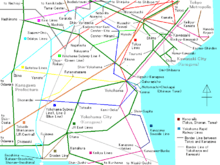 The railway network around Kawasaki (northeast area in this map) 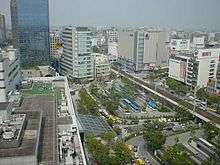 The area around Kawasaki Station 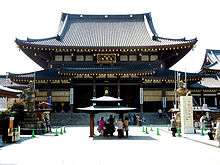 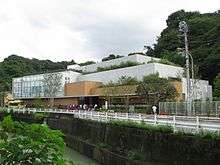 Kawasaki is twinned with the following cities in Japan and worldwide.