The front-runners of minimally invasive procedures were interventional radiologists. By the use of imaging techniques, interventional instruments could be directed throughout the body by the radiologists by way of catheters instead of large incisions needed in traditional surgery. So that many conditions once requiring surgery can now be treated non-surgically.[2]

Diagnostic techniques that do not involve the puncturing of the skin or incision, or the introduction into the body of foreign objects or materials are known as non-invasive procedures.[3] There are also several treatment procedures that are classed as non-invasive. A major example of a non-invasive alternative treatment to surgery is radiation therapy also called radiotherapy.[4] 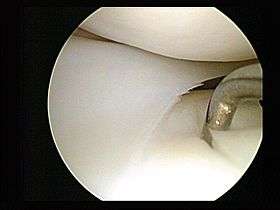 Minimally invasive procedures were pioneered by interventional radiologists who had first introduced angioplasty and the catheter-delivered stent. Many other minimally invasive procedures have followed where images of all parts of the body can be obtained and used to direct interventional instruments by way of catheters (needles and fine tubes). So that many conditions once requiring open surgery can now be treated non-surgically.[5] A minimally invasive procedure typically involves the use of arthroscopic (for joints and the spine) or laparoscopic devices and remote-control manipulation of instruments with indirect observation of the surgical field through an endoscope or large scale display panel, and is carried out through the skin or through a body cavity or anatomical opening. Interventional radiology now offers many techniques that avoid the need for surgery.[6]

By use of a MIP, a patient may require only a band-aid on the incision, rather than multiple stitches or staples to close a large incision. This usually results in less infection, a quicker recovery time and shorter hospital stays, or allow outpatient treatment.[7] However, the safety and effectiveness of each procedure must be demonstrated with randomized controlled trials. The term was coined by John EA Wickham in 1984, who wrote of it in British Medical Journal in 1987.[8] A minimally invasive procedure is distinct from a non-invasive procedure, such as external imaging instead of exploratory surgery. When there is minimal damage of biological tissues at the point of entrance of instrument(s), the procedure is called minimally invasive. 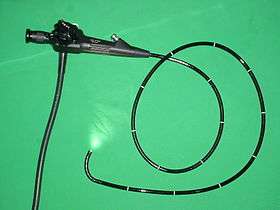 Minimally invasive surgery should have less operative trauma, other complications and adverse effects than an equivalent open surgery. It may be more or less expensive (for dental implants, a minimally invasive method reduces the cost of installed implants and shortens the implant-prosthetic rehabilitation time with 4–6 months[10]). Operative time is longer, but hospitalization time is shorter. It causes less pain and scarring, speeds recovery, and reduces the incidence of post-surgical complications, such as adhesions and wound dehiscence (rupture). Some studies have compared heart surgery.[11] However, minimally invasive surgery is not necessarily minor surgery that only requires local anesthesia. In fact, most of these procedures still require general anesthesia to be administered beforehand.

Risks and complications of minimally invasive procedures are the same as for any other surgical operation and include:

There may be an increased risk of hypothermia and peritoneal trauma due to increased exposure to cold, dry gases during insufflation. The use of surgical humidification therapy, which is the use of heated and humidified CO2 for insufflation, may reduce this risk.[14]

Special medical equipment may be used, such as fiber optic cables, miniature video cameras and special surgical instruments handled via tubes inserted into the body through small openings in its surface. The images of the interior of the body are transmitted to an external video monitor and the surgeon has the possibility of making a diagnosis, visually identifying internal features and acting surgically on them.

Sometimes the use of non-invasive methods is not an option, so that the next level of minimally invasive techniques are looked to. These include the use of hypodermic injection (using the syringe), an endoscope, percutaneous surgery which involves needle puncture of the skin, laparoscopic surgery commonly called keyhole surgery, a coronary catheter, angioplasty and stereotactic surgery.

"Open surgery" is any surgical procedure, where the incision made is enough to allow the surgery to take place. With tissues and structures exposed to the air, the procedure can be performed either with the unaided vision of the surgeon or with the use of loupes or microscopes. Some examples of open surgery used, are for herniated disc commonly called a "slipped disc", and most types of cardiac surgery and neurosurgery. These techniques have accelerated the healing process of otherwise larger wounds and so also have minimalised the pain associated with large wound healing. Also the more precise methods used, mean that damage to surrounding healthy tissues is greatly reduced.

A medical procedure is defined as non-invasive when no break in the skin is created and there is no contact with the mucosa, or skin break, or internal body cavity beyond a natural or artificial body orifice. For example, deep palpation and percussion are non-invasive but a rectal examination is invasive. Likewise, examination of the ear-drum or inside the nose or a wound dressing change all fall outside the definition of non-invasive procedure. There are many non-invasive procedures, ranging from simple observation, to specialised forms of surgery, such as radiosurgery. Extracorporeal shock wave lithotripsy is a non-invasive treatment of stones in the kidney,[15]gallbladder or liver, using an acoustic pulse.For centuries, physicians have employed many simple non-invasive methods based on physical parameters in order to assess body function in health and disease (physical examination and inspection), such as pulse-taking, the auscultation of heart sounds and lung sounds (using the stethoscope), temperature examination (using thermometers), respiratory examination, peripheral vascular examination, oral examination, abdominal examination, external percussion and palpation, blood pressure measurement (using the sphygmomanometer), change in body volumes (using plethysmograph), audiometry, eye examination, and many others.