Seventeenth Air Force housed the traditional A-staff and special staff functions which are responsible for developing strategy and plans to execute air and space operations in support of U.S. Africa Command objectives. In addition, 17 AF housed the "tailored" 617th Air and Space Operations Center (AOC) which provided command and control capabilities for the planning and execution of aerial missions on the African continent. Seventeenth Air Force also had a collaborative relationship with the 110th Air Operations Group, Michigan Air National Guard.

Seventeenth Air Force was moved to Wheelus Air Base, Libya, on 1 August 1956 as the command expanded into Italy, Greece, and Turkey. The command exchanged its support mission for the defensive and offensive air missions in Central Europe in 1959.

The headquarters was then relocated in November 1959 to Ramstein AB, West Germany. At Ramstein, Seventeenth Air Force exchanged its support mission in the southern region for the defensive and offensive air mission in central Europe. The command's inventory included more than 500 tactical and 150 support aircraft operating from bases in West Germany, France, the Netherlands and Italy. After the 1961 Berlin Crisis and a USAFE headquarters reorganization, 17 AF assumed responsibility for five bases in Great Britain from Third Air Force.

During the 1972 USAFE reorganization, CINCUSAFE moved his headquarters across Germany from Lindsey Air Station to Ramstein Air Base. To accommodate USAFE HQ, 17 AF relocated to Sembach Air Base, West Germany, in October 1972.

In the 1980s, Seventeenth Air Force saw the number of its subordinate units almost double. Its area of responsibility included three of the Ground Launched Cruise Missile sites in Europe. In 1985, for the first time ever, Seventeenth Air Force brought together all European-based electronic warfare aircraft under a single command when it activated the 65th Air Division and the 66th Electronic Combat Wing at Sembach Air Base.[4] All of these units were inactivated in the early 1990s.

The air bases at Hahn, Bitburg, Wiesbaden and Zweibrücken were closed by USAFE and turned over to the German government by 1993. Rhein-Main was closed at the end of 2005, its logistics missions being transferred to Ramstein and Spangdahlem.

Seventeenth Air Force was inactivated effective 30 September 1996, due to reductions in force after the Cold War. 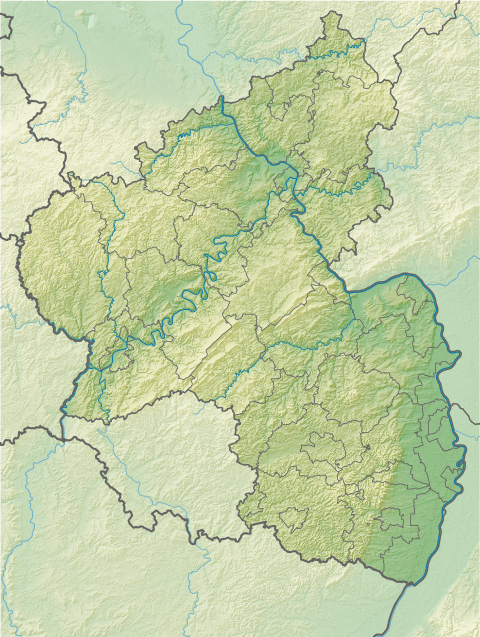 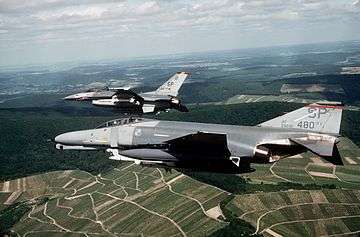 At the end of the Cold War Seventeenth Air Force consisted of the following units, which in case of war with the Warsaw Pact would have come under Fourth Allied Tactical Air Force:

It was announced on 12 September 2008 that Seventeenth Air Force would be reactivated, to be headquartered at Ramstein Air Base, located west of Kaiserslautern in the German federal state of Rhineland-Palatinate.[13] It was to form part of United States Africa Command. The stand-up ceremony occurred on 18 September 2008, under the command of Major General Ron Ladnier. It was officially reactivated by the Air Force on 1 October 2008. In this capacity, it was subordinate to the United States Air Forces in Europe, and be referred to by its componency name: Air Forces Africa (AFAFRICA).

Air Forces Africa conducts sustained security engagement and operations as directed to promote air safety, security and development on the African continent. Through Theater Security Cooperation (TSC) events, Air Forces Africa carries out U.S. Africa Command's policy of seeking long-term partnership with the African Union and regional organizations as well as individual nations on the continent. AFAFRICA works with the State Department and the U.S. Agency for International Development (USAID), to assist African states in developing their national and regional security institutions to promote security and stability and facilitate development.

AFAFRICA includes at least two air expeditionary groups. The 449th Air Expeditionary Group, Camp Lemonnier, Djibouti provides combat search and rescue for the Combined Joint Task Force - Horn of Africa. It consists of HC-130Ps from the 81st Expeditionary Rescue Squadron, and pararescuemen from the 82nd Expeditionary Rescue Squadron. The 404th Air Expeditionary Group is co-located with AFAFRICA at Ramstein. During contingency operations, the group forward-deploys to facilitate air and support operations for varied missions on the continent, ranging from humanitarian airlift to presidential support. The 404 AEG deployed to Rwanda in January 2009 to provide airlift for peacekeeping equipment in support of the United Nations African Union Mission in Darfur. In July 2009, the 404 AEG deployed to Ghana to provide aerial port and aircraft maintenance teams, along with forward communications, early warning and air domain safety and security elements for U.S. President Barack Obama's visit.

As of 13 January 2010, the Secretary of the Air Force Michael Donley announced that the 617th AOC will be consolidated with the 603d Air and Space Operations Center (according to AFA reporting).