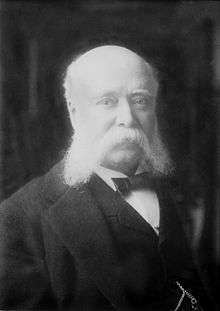 He studied at Yale University and Columbia College (now Columbia University). At the latter he graduated in 1854 and was a member of St. Anthony Hall. Then he studied law, was admitted to the bar in 1857, and commenced practice in New York City.

In 1860 he was chosen messenger of the electoral college of his state to convey to Washington its vote in favor of the presidency of Abraham Lincoln. In 1861 he was appointed U. S. assistant district attorney for the southern district of New York, holding this office about eighteen months.

In 1862 he entered the Union army as a volunteer, serving until 1865, during which time he became in succession chief-of-staff to Gen. Quincy A. Gillmore in the Department of the South, and military commandant of Charleston, South Carolina, and Savannah, Georgia. He became colonel of the 103rd Regiment of U.S. Colored Infantry. On January 13, 1866, President Andrew Johnson nominated Woodford for the award of the honorary grade of brevet brigadier general of volunteers, to rank from May 12, 1865 and the U. S. Senate confirmed the award on March 12, 1866.[1]

He was the Lieutenant Governor of New York from 1867 to 1868, elected in 1866 on the Republican ticket with Governor Reuben E. Fenton. In 1870, Woodford was the Republican candidate for Governor but was defeated by the incumbent Democrat John T. Hoffman.

In June 1897, President William McKinley appointed Woodford to the post of Envoy Extraordinary and Minister Plenipotentiary to Spain. Spain severed diplomatic relations with the U.S. on April 21, 1898, and Woodford left his post the same day. The United States declared war on Spain as of that date by Act of Congress approved on April 25, 1898.

He died in New York City and was buried in Stamford, Connecticut's Woodland Cemetery, Section B, Lot 12415.[2]