For the Governor of New York who served in the 1910s, see John Alden Dix.

John Adams Dix (July 24, 1798 – April 21, 1879) was Secretary of the Treasury, Governor of New York and Union major general during the Civil War. He was notable for arresting the pro-Southern Maryland legislature, preventing that divided border state from seceding, and for arranging a system for prisoner exchange via the Dix-Hill cartel, concluded in partnership with Confederate Major General Daniel Harvey Hill.

Dix was born in Boscawen, New Hampshire, the son of Timothy Dix and Abigail Wilkins, and brother of composer Marion Dix Sullivan.[1] He joined the US Army as an ensign in May 1813, serving under his father. He attained the rank of captain in August 1825, and resigned from the Army in December 1828.[2]

In 1826, Dix married Catherine Morgan, the adopted daughter of Congressman John J. Morgan, who gave Dix a job overseeing his upstate New York land holdings in Cooperstown. Dix and his wife moved to Cooperstown in 1828, and he practiced law in addition to overseeing the land holdings. In 1830, he was appointed by Governor Enos T. Throop as Adjutant General of the New York State Militia, and moved to Albany, New York. He was Secretary of State of New York from 1833 to 1839, and a member of the New York State Assembly (Albany Co.) in 1842. 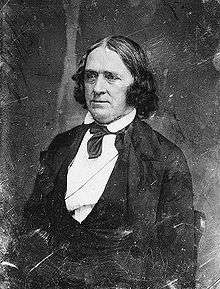 Dix as a Senator

Dix was elected as a Democrat to the United States Senate to fill the vacancy caused by the resignation of Silas Wright, Jr., and held office from 1845 to 1849. In November 1848, he was the Barnburner/Free-Soil candidate for Governor of New York, but was defeated by Whig Hamilton Fish. In February 1849, he ran for re-election to the U.S. Senate as the Barnburners' candidate, but the Whig majority of the State Legislature elected William H. Seward.

In 1853 Dix was president of the Mississippi and Missouri Railroad. He was appointed Postmaster of New York City and served from 1860 to 1861.

In addition to his military and public duties, Dix was the president of the Union Pacific from 1863 to 1868 during construction of the First Transcontinental Railroad. He was the figurehead for rail baron Thomas C. Durant, in both of his railroad presidencies. He was also briefly President of the Erie Railroad in 1872. 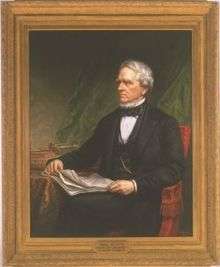 Dix as U.S. Secretary of the Treasury

Dix was appointed United States Secretary of the Treasury by President James Buchanan in January 1861. At the outbreak of the Civil War, he sent a telegram to the Treasury agents in New Orleans ordering that: "If any one attempts to haul down the American flag, shoot him on the spot." Although the telegram was intercepted by Confederates, and was never delivered to the Treasury agents, the text found its way to the press, and Dix became one of the first heroes of the North during the Civil War. The saying is found on many Civil War tokens minted during the war, although the wording is slightly modified. 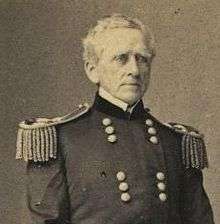 At the start of the American Civil War, Dix was appointed a major general in the New York Militia. He joined the Union Army as the highest ranking major general of volunteers during the war, effective May 16, 1861; also appointed on that day were Nathaniel P. Banks and Benjamin Franklin Butler, but Dix's name appeared first on the promotion list, meaning that he had seniority over all major generals of volunteers.[3] In the summer of 1861, he commanded the Department of Maryland and the Department of Pennsylvania. His importance at the beginning of the Civil War was in arresting and thereby preventing the Maryland legislature from meeting. This prevented Maryland from seceding, and earned him President Lincoln's gratitude. That winter, he commanded a regional organization known as "Dix's Command" within Maj. Gen. George B. McClellan's Department of the Potomac.[4] Dix commanded the Department of Virginia from June 1862 until July 1863, and the Department of the East from July 1863 until April 1865.

On July 22, 1862, Dix and Confederate Major General Daniel Harvey Hill concluded an agreement for the general exchange of prisoners between the Union and Confederate armies.[5] This agreement became known as the Dix-Hill Cartel. It established a scale of equivalents, where an officer would be exchanged for a fixed number of enlisted men, and also allowed for the parole of prisoners, who would undertake not to serve in a military capacity until officially exchanged. (The cartel worked well for a few months, but broke down when Confederates insisted on treating black prisoners as fugitive slaves and returning them to their previous owners.)

On October 10, 1862, Lincoln’s Secretary of the Navy, Gideon Welles wrote that “a scheme for permits, special favors, Treasury agents, and improper management” existed and was arranged by Treasury Secretary Salmon P. Chase for General John A. Dix. The motive of Chase appeared to be for political influence and not for financial gain.[6]

Dix was considered too old for field command. Some believe that his most distinguished contribution to the war was the suppression of the New York Draft Riots in July 1863, although the rioting had already subsided by the time he replaced General John E. Wool.[7] He was also active in the defense of Suffolk, which was part of his department. He served as the temporary chairman of the 1866 National Union Convention. 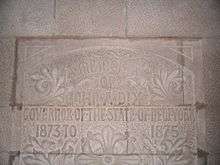 The John Adams Dix memorial at the Cathedral of All Saints (Albany, New York).

Dix died in New York City and was buried at the Trinity Church Cemetery.