Wright was born in Amherst, Massachusetts, and moved with his father to Weybridge, Vermont, in 1796. He graduated from Middlebury College in 1815 and moved to Sandy Hill, New York, the next year, where he studied law, being admitted to the bar in 1819. Wright commenced practice in Canton, New York. He served as surrogate of St. Lawrence County 1821-1824 and then as a member of the New York State Senate from 1824 to 1827. Wright was appointed brigadier general of the state militia in 1827.

In 1826, he was elected to the Twentieth Congress and served from March 4, 1827, to February 16, 1829, when he resigned. In Congress, he supported the protective tariff of 1828, although subsequently he became an advocate of a tariff for revenue only. He also voted for the appointment of a committee to inquire into the expediency of abolishing slavery in the District of Columbia.[1] He successfully contested the election of George Fisher to the Twenty-first Congress, but declined to qualify. Wright served as Comptroller of the State of New York from 1829 to 1833, in which post he became a prominent follower of Martin Van Buren and a member of the Albany Regency that ran the state for the Democratic Party in this period. Wright was elected to the United States Senate in 1833 as a Democrat to fill the vacancy caused by the resignation of William L. Marcy. He was reelected in 1837 and served from January 4, 1833, to November 26, 1844.

In the Senate, he served as Chairman of the Finance Committee from 1836 to 1841. He supported Henry Clay's compromise tariff of 1833, defended Andrew Jackson's removal of the deposits, opposed the recharter of the United States Bank, voted against John C. Calhoun's motion not to receive a petition for abolishing slavery in the District of Columbia, voted in favor of excluding from the mails all “printed matter calculated to excite the prejudices of the southern states in regard to the question of slavery,” opposed the distribution among the states of the surplus federal revenues, supported the Independent Treasury scheme of Martin Van Buren, voted in 1838 against the resolution offered by William Cabell Rives of Virginia declaring that the citizens of the states had no right to interfere with the question of slavery in the federal territories and that the people of those territories had the exclusive right to settle that question for themselves, opposed the bill requiring the states to choose members of Congress by single districts, voted for the tariff of 1842, and voted against the treaty for the annexation of Texas.[1]

Wright was offered the Democratic vice presidential nomination in 1844, as a sop to followers of Van Buren, who had been disappointed in his hopes for renomination. Wright declined, and instead ran for the position of Governor of New York.

He served as Governor from 1845 to 1846. As Governor, he opposed in 1845 the calling of a convention to revise the state constitution, preferring the adoption of amendments then proposed; he vetoed a bill appropriating money for works on the canals; he recommended legislation against the anti-renters, and on occasion of disturbances produced by them in Delaware County in 1845 proclaimed the county to be in a state of insurrection and called out a military force.[1] He was an unsuccessful candidate for reelection, being defeated by the Whig candidate John Young.

Wright died soon after, aged 52, in Canton, on August 27, 1847, and is interred in Old Canton Cemetery. Wright's sudden death surprised many, as he was seen as a potential candidate in the 1848 presidential election.[2] 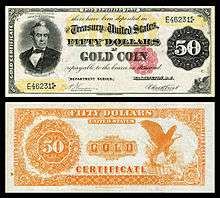 The people of Weybridge, Vermont, erected a monument to their local son and it stands today in the center of town along Route 23. The monument is the basis for the name of the local Monument Farms Dairy.