pronunciation ) is a municipality in the southern Netherlands. It was formed in 1994 from the former municipalities of Heesch, Heeswijk-Dinther and Nistelrode.[5]

The municipality was named after an old farm "Bernhese", which came into the possession of the Berne Abbey. This abbey was situated in the village of Bern. The meaning of 'Bernhese' is twofold: 'Bern' is the same as the old-Dutch word 'born', that means 'water' or 'well'. 'Hese' means bush or forest. In 1857 the Berne Abbey was founded in Heeswijk. 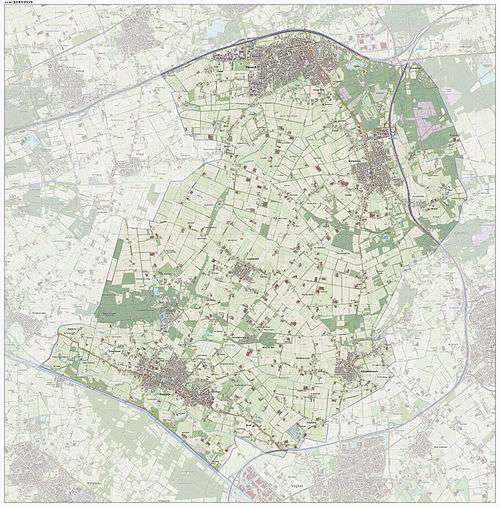 Dutch Topographic map of the municipality of Bernheze, June 2015.

This article is issued from Wikipedia - version of the 7/21/2015. The text is available under the Creative Commons Attribution/Share Alike but additional terms may apply for the media files.