For other places with the same name, see Heusden (disambiguation).

Heusden ([ˈɦøːzdə(n)]) is a municipality and a town in the South of the Netherlands. It is located between the towns Waalwijk and 's-Hertogenbosch. The municipality of Heusden, including Herpt, Heesbeen, Hedikhuizen, Doeveren, and Oudheusden, fused with Drunen and Vlijmen in 1997, giving the municipality its current form. 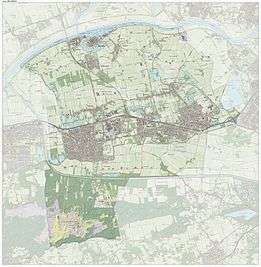 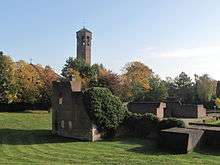 The settlement of Heusden on the river Meuse (Maas) started with the construction of a fortification to replace the castle destroyed by the Duke of Brabant in 1202. This fortification was quickly expanded with water works and a donjon (castle keep). The city of Heusden received city rights in 1318. Heusden's castle had belonged to successive dukes of Brabant; in 1357 it passed into the hands of the counts of Holland. ramparts and moats were constructed, bringing the castle within the city's fortifications and result in the loss of its function as a stronghold. The donjon was then used as a munition depot. On 24 July 1680, a terrible thunderstorm hit Heusden, and lightning struck the donjon. Sixty thousand pounds of gunpowder and other ammunition exploded, destroying the castle. It took seven weeks to clear the rubble and debris. The castle was never fully rebuilt. However, outlines of the main features were restored in 1987.

At the beginning of the Eighty Years War (1568-1648), Heusden was occupied by the Spanish. In 1577, however, following the Pacification of Ghent, the people of Heusden allied with William, Prince of Orange. William consolidated the town's strategic position near the river Meuse, and ordered fortification works to be constructed. Work started in 1579 with the digging of moats and the construction of bastions, walls, and ravelins, and was completed in 1597.

By the early nineteenth century, the defence works fell into disrepair and were dismantled. In 1968, however, extensive restoration works started, and fortifications were carefully rebuilt, based on and inspired by a 1649 map of the city of Heusden by Johannes Blaeu, son of the famous Dutch cartographer Willem Blaeu. In 1980, the city of Heusden received the European Urbes Nostrae restoration prize. Heusden currently draws over 350 thousand tourists every year who visit the historic town centre and walk the walls that once made it a formidable stronghold. 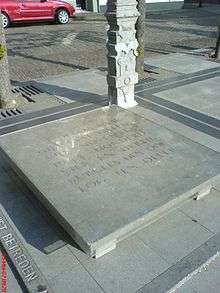 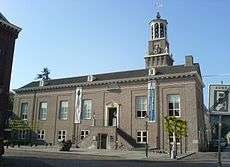 In October 1944, towards the end of World War II, the cities of Tilburg and 's-Hertogenbosch (Den Bosch) were liberated by the Allied forces. The bridge across the river Meuse made Heusden, then still occupied by the Germans, strategically significant. The cellars of the old town hall, built in 1588, were a shelter for civilians during artillery fire. The German Wehrmacht used the building as a communication centre and hospital.

A few weeks after Operation Market Garden, the allied Operation Pheasant started on 20 October 1944. The 1st Canadian Army (advancing from Belgium) and the 2nd British Army (advancing from the east) fought to liberate central and western North Brabant. On Saturday 4 November, under heavy artillery fire, two Scottish Highlander regiments advanced, and 170 civilians sought shelter in the town hall cellars. In the early morning of 5 November, three German army engineers detonated explosive charges they had placed earlier in the 40-metre tower. It collapsed, killing 134 people. Only hours later, the 5th battalion of the Queen's Own Cameron Highlanders from the 51st Highland Division liberated Heusden.

Heusden was decimated. One tenth of the town's population died that night in the town hall cellars. Seventy-four victims, i.e. more than half of the total number, were children aged 16 or younger.

Witnesses have stated that on 4 November German soldiers carried explosives into the town hall tower, and also into two churches, a windmill, and dairy factory in Heusden. NCO (non-commissioned officer) Bottnick, who was probably following orders from commander Pfühl, a mining engineer, undermined the eastern part of the tower, ensuring that it would collapse on the town hall, not on the street.

Later, these events were investigated by the British Civil Affairs. However, this has never resulted in the trial and punishment of the war criminals Pfühl, Bottnick, and their accomplices.

A new town hall was erected in 1956. Designed and built in the style of the Bossche School, it has much less splendour than its late-gothic predecessor. A memorial tablet in the forecourt still remembers the lives that were lost in the night of 4 to 5 November 1944. Its inscription: "Wandelaar, waar gij staat vielen vijf november 1944 honderd vier en dertig burgers den oorlog ten offer." (Passer-by, where you are, on five November 1944 one hundred and thirty four civilians fell victim to the war.) Inscriptions in one of the larger bells in the tower ("Nabestaanden, als ik luid, weet: Uw vele, vele doden zijn niet oorlogs droeve buit, maar aan 't Gastmaal Gods genoden."), and an epitaph ("5 November 1944. Hier staat in steen geschreven geen daad of droom, geen leven, maar slechts het blijvend feit van hun afwezigheid") in the building itself are also dedicated to the memory of the victims.

The massacre ("Stadhuisramp") is commemorated every year.[5]

With the fusion of the municipalities of Heusden, Drunen and Vlijmen in 1997, the town hall had lost its original function. Since 2005, the building has housed a visitors centre.