The apportionment of seats in this House of Representatives was based on the Eighth Census of the United States in 1860. Both chambers had a Republican majority.

During this Congress, two seats were added for the new state of Nebraska.

During this Congress, one seat was added for the new state of Nebraska. 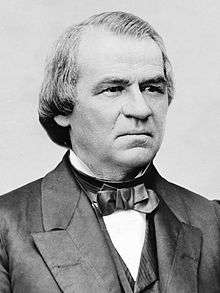 President of the SenateAndrew Johnson, until April 15, 1865