This article is about a city in Sri Lanka. For Colombo fort railway station, see Fort Railway Station.

Fort is the central business district of Colombo in Sri Lanka. It is the financial district of Colombo and the location of the Colombo Stock Exchange (CSE) and the World Trade Centre of Colombo from which the CSE operates. It is also the location of the Bank of Ceylon headquarters. Along the foreshore of the Fort area is the Galle Face Green Promenade, built in 1859 under the governance of Sir Henry George Ward, the Governor of Ceylon (Sri Lanka) during British colonial administration. Fort is also home to the General Post Office, hotels, government departments and offices.

Dutch engraving of Colombo in about 1680

Known as Kolonthota, the area became notable as the site of the first landings of the Portuguese in the early 16th century and became one of their trading posts in the island. The Portuguese developed their trading post into a fortified base and harbour to extend their control of the interior of the island. The fort constructed by the Portuguese was conquered by the Dutch in 1656 and was used to protect their prosperous trading of resources. With Colombo gaining prominence as the center for Dutch administration in the island it was expanded to protect against both the sea and the interior of the island. The Dutch demolished part of the Portuguese-built fortification and reconstructed it to take advantage of the natural strength of the location between a lake and the sea. Due to the conflicts between the Dutch and the Sinhalese kings of the interior, the fort was a major military base as it came under siege on several occasions.

Following the British acquiring control of the Dutch-controlled areas on the coast of the island, the fort became the center of its administration, in 1815 with Kandyan Convention Colombo became the capital of the entire island.[2] In the year 1870, the walls of the fort were demolished as there was no longer a direct military threat and were considered an obstruction to the urban development in the area. Dutch buildings were also demolished and were replaced giving the area a sense of British colonialism.[3] 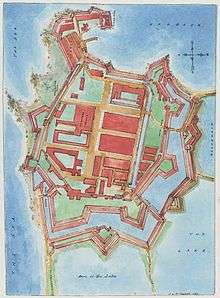 A copy of the oldest known map of Colombo Fort by J. L. K. van Dort

Although the ramparts were taken down the area remained to be called the fort. Many buildings in the fort area were home to the British administration of the island and as more legislative power was given to the Ceylonese, it became the site of the Legislative Council and the State Council. As well as the heart of the administrative capital, the fort area became the heart of the commercial capital too. Following independence much of the center of government was centered in this area. However, with the expansion of the government administration, in 1980s the government began to move government ministries and departments to Sri Jayawardenapura Kotte. This began with the shifting of Parliament from the old State Council Building to a new complex in Sri Jayawardenapura. The full shift of government was never completed, as many important government institutions still remain there.

The fort area is a mixture of buildings from many eras of the cities past. The most notable of residences of the fort is the President's House, official residence of the President of Sri Lanka, next to the Gordon Gardens which was once open to the public is now part of the President's House. The residence traces it origins to the Dutch period when it was the residence of the Dutch Governor and later the British Governor. Hence it was known till 1972 as Queen's House. The Presidential Secretariat housed in the Neo-baroque style Old Parliament Building. Several important government ministries are also located here, these include the Ministry of Finance housed in the General Treasury Building and the Ministry of Foreign Affairs housed in the Republic Building. SLNS Parakrama the Naval headquarters of the Sri Lanka Navy is located along Flagstaff Street. Along the Janadhipathi Mawatha (formally Queens Street) is the location of the Central Bank of Sri Lanka and the old General Post Office. Apart from these the Central Telegraph Office, Police Headquarters, Colombo Metropolitan Police building, Sri Lanka Port Authority building, Times building and the Cargills & Millers building are located in the fort area.

Fort is home to the head offices of many banks and business, hence it is considered the financial district of Colombo. These banks include the Bank of Ceylon, HSBC, State Bank of India, Standard Chartered Bank, Seylan Bank, Sampath Bank, Hatton National Bank, People's Bank and the Commercial Bank. The World Trade Centre of Colombo is one of the tallest buildings in the city and is home to the Colombo Stock Exchange and many leading corporations. The head offices of the Sri Lanka Telecom and Ceylinco Consolidated housed at the Ceylinco House are located here. Many hotels are also located in the area, including the Grand Oriental Hotel, Colombo Hilton, Colombo Intercontinental, Galdari Meridian and the Colombo City Hotel. Notable landmarks in the fort area are the Old Colombo Lighthouse, Colombo Lighthouse, the Old Colombo Dutch Hospital and the Sambodhi Chaithya.

The northern part of the fort area makes up the southern parameter of the Colombo Harbor. Located in this part is the head office of the Sri Lanka Port Authority, Sri Lanka Customs, Bandaranayaka Quay and the Queen Elizabeth Quay.