Dover (/ˈdoʊvər/) is the capital and second-largest city[1] in the U.S. state of Delaware. It is also the county seat of Kent County, and the principal city of the Dover, DE Metropolitan Statistical Area, which encompasses all of Kent County and is part of the Philadelphia-Wilmington-Camden, PA-NJ-DE-MD Combined Statistical Area. It is located on the St. Jones River in the Delaware River coastal plain. It was named by William Penn for Dover in Kent, England. As of 2010, the city had a population of 36,047.[2]

Dover was founded as the court town for newly established Kent County in 1683 by William Penn, the proprietor of the territory generally known as the "Lower Counties on the Delaware." Later, in 1717, the city was officially laid out by a special commission of the Delaware General Assembly. The capital of the state of Delaware was moved here from New Castle in 1777 because of its central location and relative safety from British raiders on the Delaware River. Because of an act passed in October 1779, the assembly elected to meet at any place in the state they saw fit, meeting successively in Wilmington, Lewes, Dover, New Castle, and Lewes again, until it finally settled down permanently in Dover in October 1781.[3] The city's central square, known as The Green, was the location of many rallies, troop reviews, and other patriotic events. To this day, The Green remains the heart of Dover's historic district and is the location of the Delaware Supreme Court and the Kent County Courthouse.

Dover was most famously the home of Caesar Rodney, the popular wartime leader of Delaware during the American Revolution. He is known to have been buried outside Dover, but the precise location of his grave is unknown. A cenotaph in his honor is erected in the cemetery of the Christ Episcopal Church[4] near The Green in Dover.

Dover and Kent County were deeply divided over the issue of slavery, and the city was a "stop" on the Underground Railroad because of its proximity to slave-holding Maryland and free Pennsylvania and New Jersey. It was also home to a large Quaker community that encouraged a sustained emancipation effort in the early 19th century. There were very few slaves in the area, but the institution was supported, if not practiced, by a small majority, who saw to its continuation.

Dover has a warm temperate climate or humid subtropical climate (Köppen Cfa). Summers are hot and humid, with 23 days per year reaching or surpassing 90 °F (32 °C). Brief, but heavy summer thunderstorms are common. Winters are moderated by the Delaware Bay and the partial shielding of the Appalachians, though there are normally 8−9 days when the daily high remains below freezing and 15 nights with lows below 20 °F (−7 °C). Snow is typically light and sporadic, averaging only 15.7 inches (40 cm) per season, and does not usually remain on the ground for long. Spring and autumn provide transitions of reasonable length and are similar, though spring is more wet. The monthly mean temperature ranges from 35.2 °F (1.8 °C) in January to 77.7 °F (25.4 °C) in July. The annual total precipitation of around 46 inches (1,170 mm) is spread rather evenly year-round. Dover averages 2300 hours of sunshine annually.

Dover is governed via the manager-council system with an elected mayor, currently Robin R. Christiansen since 2014. The council consists of nine members, eight of whom are elected from districts with each district having two members. One member of the council is elected at large.

The mayor is elected directly by the city voters for a two-year term. Municipal elections are held every year, with half the city council members up for re-election each year.[12]

Federally, Dover is part of Delaware's At-large congressional district, represented by Democrat John Carney, elected in 2010 and a former lieutenant governor of Delaware. 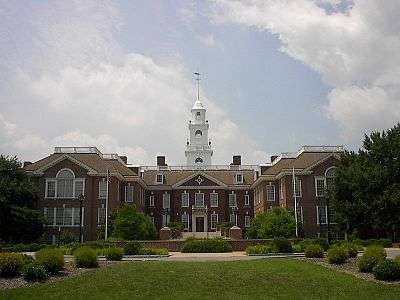 Delaware's largest employer is also Dover's – the state government. A large portion, but not all, of the state's bureaucracy is located in and around Dover. However, like some other American states, Delaware's capital is not its largest city. Consequently, Wilmington, in the northern part of the state and its largest city, has many state offices and employees one would normally expect to find in the state capital, including the headquarters of the Office of the Attorney General, especially as many large American corporations maintain nominal offices in that city to register their Delaware corporation.

Dover is one of the fast-growing areas in the state of Delaware, due in large part to the relatively low cost of living. As a consequence, the Kent County government is a major employer in the area as well. Apart from the state and county governments, Dover's significant employers include Dover Air Force Base, located within the southeast corporate limits of the city. The base houses two airlift wings as well as the U.S. military's only mortuary in the continental United States, which accepts and processes the remains of soldiers killed in battle. In addition, Kraft Foods and Procter & Gamble have manufacturing facilities in Dover. ILC Dover, in nearby Frederica, is the producer of fabrics for military and aerospace uses, along with being the primary contractor for production of the Apollo and Skylab spacesuits, as well as the spacesuit assembly for the Space Shuttle's Extravehicular Mobility Unit (EMU).

Firefly Music Festival is held in The Woodlands of Dover International Speedway every summer since 2012.

Dover is the only state capital in the United States with a volunteer fire department. 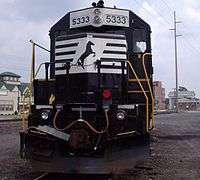 A Norfolk Southern GP38-2 parked on the team track in Dover with the old railroad depot in background.

The main north–south highway through Dover is U.S. Route 13, which runs through the main commercial strip of Dover on the multi-lane, divided Dupont Highway. An alternate route of U.S. Route 13, U.S. Route 13 Alternate, passes through downtown Dover on Governors Avenue. The Delaware Route 1 turnpike, which provides the main route to Wilmington and the Delaware beaches, passes to the east of Dover. It ends near the Dover Air Force Base and DE 1 continues south on Bay Road. U.S. Route 113 formerly ran along Bay Road from Milford to US 13 near the State Capitol Complex, however it was decommissioned in 2004 to avoid the concurrency with DE 1 between the Dover Air Force Base and Milford. Delaware Route 8 is the main east–west route through Dover, passing through downtown on Division Street and West Dover on Forrest Avenue. It continues west toward Maryland to provide access to the Chesapeake Bay Bridge. Dover is one of only four state capitals not served by an Interstate highway. Pierre, South Dakota; Jefferson City, Missouri; and Juneau, Alaska are the other three state capitals with this distinction.[13]

Dover Air Force Base is located within the southeast corporate limits of Dover. Airports near Dover with commercial air service include the Wicomico Regional Airport in Salisbury, Maryland, the Baltimore-Washington International Thurgood Marshall Airport in Baltimore, Maryland, and the Philadelphia International Airport in Philadelphia. Other airports near Dover include Chandelle Estates Airport to the northeast of the city, Delaware Airpark near Cheswold, and Jenkins Airport near Wyoming.

Dover is located on a former Pennsylvania Railroad line, which is now served by Norfolk Southern. At one time Dover had a daily Amtrak passenger service; however, the line now is just used for local freight. The closest passenger rail station is the Amtrak station in Wilmington.

Dover is home to Delaware State University, a land-grant university and Delaware's only historically black university, and Wesley College. It is also home to the Terry Campus of the Delaware Technical & Community College and that college's administrative offices. Dover also has satellite locations of the University of Delaware and Wilmington University.

The former Dover Opera House, built in 1904, was renovated and converted to the Schwartz Center for the Arts,[14] which hosts performances by the Dover Symphony Orchestra,[15] ballet, and classic films.

Dover is also home to The Children's Theatre, Inc. of Dover and Kent County,[16] a non-profit organization.

In Dover's historical district is the Sewell C. Biggs Museum of American Art,[17] featuring collections from the Colonial days to the present.

An Amish community resides to the west of Dover, with several Amish businesses.[18]

Two newspapers are headquartered in Dover, the Dover Post, printed weekly and online, and the daily Delaware State News.

Kent County is within the Philadelphia television market, with the local Comcast system carrying most channels from that city, alongside Salisbury stations WBOC-TV (CBS), WMDT (ABC) and WCPB (PBS), plus low-powered Rehoboth Beach NBC affiliate WRDE-LD.[19] WBOC-TV maintains a bureau in Dover, and WHYY-TV maintains a studio and broadcasting facility in Dover. WMDT operates a local repeater serving Dover, WEVD-LP channel 27, while WHYY programming is seen locally on WDPB-TV channel 64 from Seaford (part of the Salisbury television market).

WDDE,[20] Delaware's first NPR station, launched in August 2012. It broadcasts on 91.1 FM. Delaware was the last state in the nation to have an NPR station located within its borders. 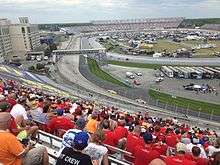 For one week during the middle of July every year, Dover also hosts the Big League (Little League 16-18) Eastern Regionals, attracting teams from all of New England and the Mid-Atlantic.

Historically, Dover hosted a farm team of the Philadelphia Phillies in the Eastern Shore Baseball League. It also served as a minor-league affiliate of the Baltimore Orioles. The teams were variously known as the Senators, Dobbins, Orioles, and Phillies.

In 2008 Sporting News ranked Dover 215th in its list of the 400 Best Sports Cities based on the year October 2007 – October 2008, a year which saw high attendance for the NASCAR races and Delaware State's football team making its first FCS tournament appearance.[24]