International Code of Nomenclature for algae, fungi, and plants 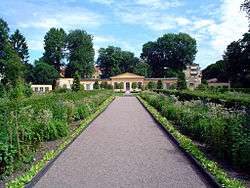 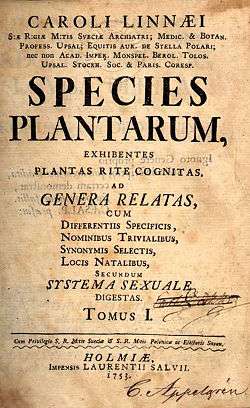 The International Code of Nomenclature for algae, fungi, and plants (ICN) is the set of rules and recommendations dealing with the formal botanical names that are given to plants, fungi and a few other groups of organisms, all those "traditionally treated as algae, fungi, or plants".[1]:Preamble, para. 8 It was formerly called the International Code of Botanical Nomenclature (ICBN); the name was changed at the International Botanical Congress in Melbourne in July 2011 as part of the Melbourne Code which replaces the Vienna Code of 2005. As with previous codes, it takes effect as soon as ratified by the congress (on Saturday 23 July 2011), but the documentation of the code in its final form takes some time to prepare after the congress. Preliminary wording of some of the articles with the most significant changes has been published in September 2011.[2]

The name of the Code is partly capitalized and partly not. The lower-case for "algae, fungi, and plants" indicates that these terms are not formal names of clades, but indicate groups of organisms that were historically known by these names and traditionally studied by phycologists, mycologists, and botanists. This includes blue-green algae (Cyanobacteria); fungi, including chytrids, oomycetes, and slime moulds; photosynthetic protists and taxonomically related non-photosynthetic groups. There are special provisions in the ICN for some of these groups, as there are for fossils.

The ICN can only be changed by an International Botanical Congress (IBC), with the International Association for Plant Taxonomy providing the supporting infrastructure. Each new edition supersedes the earlier editions and is retroactive back to 1753, except where different starting dates are specified.[1]:Principle VI

For the naming of cultivated plants there is a separate code, the International Code of Nomenclature for Cultivated Plants, which gives rules and recommendations that supplement the ICN.