McMinnville is the county seat and largest city of Yamhill County, Oregon, United States. According to Oregon Geographic Names, it was named by its founder, William T. Newby (1820–1884), an early immigrant on the Oregon Trail, for his hometown of McMinnville, Tennessee. As of the 2010 census, the city had a total population of 32,187.

McMinnville is located at the confluence of the North and South Forks of the Yamhill River in the Willamette Valley. Part of the Portland metropolitan area, it lies 35 miles (56 km) southwest of Portland. The city is home to Linfield College and the Evergreen Aviation Museum (which includes the Spruce Goose). 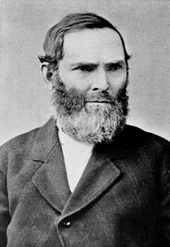 Town founder William T. Newby joined the Great Migration of 1843, later claiming land in 1844 on the present site of McMinnville in what was then known as the Oregon Country. He built a grist mill in 1853 at what would become the west end of Third Street. On May 5th, 1856[6] Newby platted a town and named it after his hometown of McMinnville, Tennessee.[7] Newby would later make a substantial donation of land for the founding of an institution of higher learning in the town, originally called McMinnville College but known today as Linfield College.[7]

McMinnville was incorporated as a town in 1876 and became a city in 1882. County residents voted to move the county seat of Yamhill County from Lafayette to McMinnville in 1886.

McMinnville is known among UFO researchers for photographs published on the front page of the June 9, 1950, edition of the city's newspaper, the News-Register (then known as the Telephone-Register), reportedly of an unidentified flying object seen almost a month earlier, May 11. The Oregonian published the photographs the next day, and within a month they were published in LIFE magazine.[8]

Although these images have come to be known as the "McMinnville UFO photographs", the Trent farm was actually located just outside Sheridan, Oregon, nine miles southwest of McMinnville.[9] The heated debate which followed between UFO researchers and skeptics made the town's name famous and has spurred an annual "UFO Festival" in McMinnville, the second largest such gathering in the United States to that of Roswell, New Mexico.[10]

This region experiences warm (but not hot) and dry summers, with no average monthly temperatures above 71.6 °F (22.0 °C). According to the Köppen Climate Classification system, McMinnville has a warm-summer Mediterranean climate, abbreviated "Csb" on climate maps.[11]

There were 11,674 households of which 35.5% had children under the age of 18 living with them, 48.2% were married couples living together, 13.0% had a female householder with no husband present, 5.4% had a male householder with no wife present, and 33.4% were non-families. 26.4% of all households were made up of individuals and 12.4% had someone living alone who was 65 years of age or older. The average household size was 2.61 and the average family size was 3.14.

Since the 1990s, the majority of the vineyards of the Willamette Valley American Viticultural Area (AVA) are in the area surrounding McMinnville, thus giving this city a claim to the title of the capital of Oregon's wine industry. In January 2005, a McMinnville AVA was established after an application from Youngberg Hill Vineyards. The AVA includes 14 wineries and 523 acres (2.12 km2) within the Willamette Valley AVA. The city is at the northeastern border of its AVA namesake.[14] 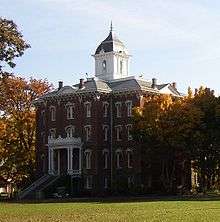 Turkey Rama is a three-day festival held in downtown McMinnville celebrating the ongoing tradition of the turkey barbecue. The barbecue was started in 1938 by turkey farmers in Yamhill County, when the main source of wealth in the county was based on the booming turkey-farming industry. Now, commercial exhibitions have replaced the "turkey exhibitions", and so the turkey-judging competitions and turkey races have been eliminated in favor of more "turkey-friendly" rides, booths, and outdoor entertainment.

The International Pinot Noir Celebration has been held every July since 1987 on the Linfield College campus.

Museums and other points of interest

The Evergreen Aviation and Space Museum is located in McMinnville and is best known as the home of the Spruce Goose, the world's largest propeller-driven seaplane, built by the famed aviator Howard Hughes. The museum, home to another 80 historic aircraft and exhibits, is a pair of large symmetrical buildings with glass facades, a local landmark which can be seen for miles. Additional major exhibits include a SR-71 "Blackbird", a Titan II SLV Missile (with its launch control center), and a Grumman F6F3 "Hellcat." There is also an "IMAX class" digital 3D theater, the Wings & Waves indoor waterpark (containing wave pool, 4 slides emerging from 747 on building's roof, and educational displays), and the newly built Boy Scout Jamboree park. The space museum houses classrooms for the Engineering and Aerospace Academy of McMinnville High School.

McMinnville Community Center is headquarters for the McMinnville Parks and Recreation Department, which administers several parks throughout the city. Among these are Joe Dancer Park, which was named after a longtime city manager. It is a 100-acre (0.40 km2) park with soccer, baseball, and softball fields, a playground, and the Drew Ottley Memorial Skate Park. City Park is within walking distance from the downtown business district. It opened 1910, when the city sold $3,000 in park bonds to finance construction of a bandstand and a small zoo featuring bears, deer and other local animals. Near the site of Lower City Park, along Cozine Creek, there used to be a large flour mill, called the Star Mill. The mill was closed in 1921 and was damaged by a fire in 1927. The City of McMinnville sold $8,500 in bonds to finance the purchase of the property. The tract ran from Star Mill Way to Cozine Creek and West Second Street, to the Mill pond site. The pond site is now occupied by tennis courts. Wortman Park is a large forested park with a small stream running through it. A disc golf course was installed 1991 and is home to the annual Squirrel Open, an Oregon Disc Sports Association's Oregon Series tournament. 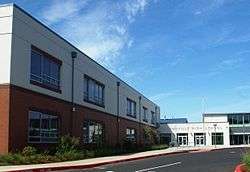 Major thoroughfares in McMinnville are Highway 99W and Adams and Baker Streets which form a north–south couplet through the center of the town; Lafayette Avenue (which was at one time the route of U.S. Highway 99W), East Third Street (the main street through the downtown core), and West Second Street (the main street connecting downtown with the western residential areas). Baker Creek Road, Evans Street, Riverside Drive, South Davis Street, Fellows Street, Cypress Street and Booth Bend Road are also important collector streets connecting industrial or residential areas with the downtown core or the primary arterial streets.

McMinnville Municipal Airport is owned and operated by the City of McMinnville.[23] McMinnville Airport is home to Evergreen International Aviation and a fixed-base operator. While it primarily is used by private pilots and the occasional private jet, it is capable of handling larger aircraft. For example, Evergreen Airlines flew in an empty 747-100 cargo aircraft into the airport so that it could be used as part of the Evergreen Aviation & Space Museum's water park feature.

The Portland & Western Railroad serves McMinnville on its Westside Branch. Major railroad shippers include Cascade Steel Rolling Mills, Land O'Lakes Purina LLC, RB Rubber Products and McMinnville Gas. P&W maintains a depot in downtown McMinnville, itself a remnant from the Red Electric interurban passenger service which served McMinnville from 1914–1929. McMinnville is used as a hub for P&W, with trains operating between McMinnville and Newberg, Willamina, Dallas and Albany.

Historically, McMinnville had a landing for riverboats traveling up the Yamhill River. The Yamhill Lock located near Lafayette helped facilitate river navigation up to McMinnville. However, the use of the Yamhill River for commercial purposes was short-lived; the city's only recreational boat dock has been unusable for many years. River levels are unpredictable and difficult for boaters (water levels can be very high in winter and very low in summer).

Public Transit is provided by the Yamhill County Transit Area. Three city routes provide Monday–Friday service starting at 6:30 AM and continuing through 7:50 PM. A Saturday "Loop" runs from 10:00 AM through 6:00 PM. YCTA also provides intercity service to all communities in Yamhill County on four different routes; hourly weekday and infrequent Saturday service to Newberg and Tigard, and weekday commuter trips to Hillsboro and Salem.

Intercity bus service is also provided by Caravan Airport Transportation and Valley Retriever between Portland and Newport, each with one daily trip in each direction stopping in McMinnville. Greyhound Bus formerly served McMinnville until 2004 with a stop on its Portland–San Francisco route, ending nearly 80 years of service on the route dating back to the Southern Pacific Railroad's rail and bus passenger service.