The Russian Football Union (Russian: Российский Футбольный Союз, Rossiyskiy Futbolnyy Soyuz, or RFS) is the official governing body of the sport of football in the Russian Federation. With headquarters in Moscow, it organizes Russian amateur and professional football, including the men's, women's, youth, beach football, futsal and Paralympic national teams. The RFS sanctions referees and football tournaments for Russian Football Premier League and most football leagues in Russia.[1]

The RFS is governed by a board of directors led by a chairman, Nikita Simonyan, and a director general, Aleksandr Alayev. The RFS is a member of international football bodies FIFA and UEFA, and also has a relationship with the International Olympic Committee (IOC).

In 1934, the Football Federation of USSR was formed initially under the name the Football Section of Soviet Union. The organization of it was in accordance with the Declaration of the All-Union Council of Fitness Culture of USSR on December 27, 1934. The Section was admitted to FIFA as the Soviet organization in 1946 and admitted to UEFA in 1954. Later the Section was reorganized as the Football Federation of USSR. Concurrently with the Section and later Federation until 1972 there operated the Football Directorate of the Soviet Sport Committee that was subordinated directly to the Soviet Ministry of Sport. The Directorate was never recognized on the international level.

With the fall of the Soviet Union the modern Russian Football Union was formed (a constituent conference took place on 8 February 1992), inheriting everything from the previous associations such as VRS and Football Federation of USSR and reinstated in FIFA on 3 July 1992. In July 1992, the Russian national football team was formed. 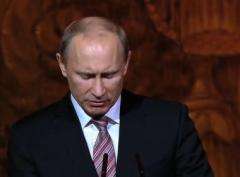