The Sabaeans or Sabeans (Arabic: السبئيون‎‎ as-Saba’iyūn, Hebrew: סבא‎‎) (Musnad: 𐩪𐩨𐩱) were an ancient people speaking an Old South Arabian language who lived in what is today Yemen, in the south west of the Arabian Peninsula.[1]

The kingdom of Saba' has been identified with the biblical land of Sheba.[2][3][4] The view that the biblical kingdom of Sheba was the ancient Semitic civilization of Saba in Southern Arabia is controversial. Israel Finkelstein and Neil Asher Silberman write that "the Sabaean kingdom began to flourish only from the eighth century BCE onward" and that the story of Solomon and Sheba is "an anachronistic seventh-century set piece meant to legitimize the participation of Judah in the lucrative Arabian trade."[5] The British Museum states that there is no archaeological evidence for such a queen but that the kingdom described as hers was Saba, "the oldest and most important of the South Arabian kingdoms" [6] Kenneth Kitchen dates the kingdom to between 1200 BCE until 275 CE with its capital Marib.[7] The Kingdom fell after a long but sporadic civil war between several Yemenite dynasties claiming kingship,[8][9] resulting in the rise of the late Himyarite Kingdom. Sabaeans are mentioned in the biblical books of Job, Joel, Ezekiel, and Isaiah,[10] and in ayat 2:62, 5:69, and 22:17 of the Quran. 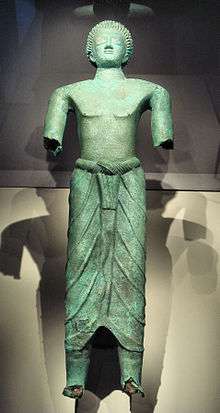 The origin of the Sabaean Kingdom is uncertain. Kenneth Kitchen dates the kingdom to around 1200 BCE[11] while Israel Finkelstein and Neil Asher Silberman write that "the Sabaean kingdom began to flourish only from the eighth century BCE onward"[12] and Jan Ratso writes that there is "hardly any evidence" for such a kingdom until the ninth or eight century.[13] Afterwards, Saba' was conquered by the Himyarites in the 1st century BCE; but after the disintegration of the first Himyarite Kingdom of the Kings of Saba' and Dhū Raydān, the Middle Sabaean Kingdom reappeared in the early 2nd century.[14] The Sabaean kingdom was finally conquered by the Ḥimyarites in the late 3rd century and at that time the capital was Ma'rib. It was located along the strip of desert called Sayhad by medieval Arab geographers, which is now named Ramlat al-Sab`atayn.

The Sabaean people were South Arabian people. Each of these had regional kingdoms in ancient Yemen, with the Minaeans in the north in Wādī al-Jawf, the Sabeans on the south western tip, stretching from the highlands to the sea, the Qatabānians to the east of them and the Ḥaḑramites east of them.

The Sabaeans, like the other Yemenite kingdoms of the same period, were involved in the extremely lucrative spice trade, especially frankincense and myrrh.[15]

They left behind many inscriptions in the monumental Musnad (Old South Arabian) alphabet, as well as numerous documents in the cursive Zabūr script. The Book of Job mentions the Sabaens for slaying his livestock and servants.[16]

In the Res Gestae Divi Augusti, Augustus claims that:

By my command and under my auspices two armies were led at about the same time into Ethiopia and into Arabia, which is called the Blessed [?]. Great forces of each enemy people were slain in battle and several towns captured. In Ethiopia the advance reached the town of Nabata, which is close to Meroe; in Arabia the army penetrated as far as the territory of the Sabaeans and the town of Ma'rib.[17]

The Arabs during the pre-Islamic period used to practice certain things that were included in the Islamic Sharia. They, for example, did not marry both a mother and her daughter. They considered marrying two sisters simultaneously to be a most heinous crime. They also censured anyone who married his stepmother, and called him dhaizan. They made the major [hajj] and the minor [umra] pilgrimage to the Ka'ba, performed the circumambulation around the Ka'ba [tawaf], ran seven times between Mounts Safa and Marwa [sa'y], threw rocks and washed themselves after intercourse. They also gargled, sniffed water up into their noses, clipped their fingernails, plucked their hair from their armpits, shaved their pubic hair and performed the rite of circumcision. Likewise, they cut off the right hand of a thief.
— Muhammad Shukri al-Alusi, Bulugh al-'Arab fi Ahwal al-'Arab, Vol. 2, p. 122

A late Arabic writer wrote of the Sabaeans that they had seven temples dedicated to the seven planets, which they considered as intermediaries employed in their relation to God. Each of these temples had a characteristic geometric shape, a characteristic color, and an image made of one of the seven metals. They had two sects, star and idol worshippers, and the former doctrine was similar to one that come from Hermes Trismegistus.[19]

The Sabaeans were mentioned in the Qur'an twice as قوم سبأ, people of Saba. The Qur'an mentions the kingdom of the Saba in the 34th Chapter. The Qur'anic narrative, from sura 27 (An-Naml),[5] has Suleiman (Solomon) getting reports from the Hoopoe bird about the kingdom of Saba, ruled by a queen whose people worship the sun instead of God. Suleiman (Solomon) sends a letter inviting her to submit fully to the One God, Allah, Lord of the Worlds according to the Islamic text. The Queen of Saba is unsure how to respond and asks her advisors for counsel. They reply by reminding her that they are "of great toughness" in a reference to their willingness to go to war should she choose to. She replies that she fears if they were to lose, Suleiman may behave as any other king would: 'entering a country, despoiling it and making the most honorable of its people its lowest'. She decides to meet with Suleiman in order to find out more. Suleiman receives her response to meet him and asks if anyone can bring him her throne before she arrives. A jinn under the control of Suleiman proposed that he will bring it before Suleiman rises from his seat. One who had knowledge of the "Book" proposed to bring him the throne of Bilqis 'in the twinkling of an eye' and accomplished that immediately.[6] The queen arrives at his court, is shown her throne and asked: does your throne look like this? She replied: (It is) as though it were it. When she enters his crystal palace she accepts Abrahamic monotheism and the worship of one God alone, Allah.