Taos /ˈtaʊs/ is a town in Taos County in the north-central region of New Mexico in the Sangre de Cristo Mountains, incorporated in 1934. As of the 2010 census, its population was 5,716. Other nearby communities include Ranchos de Taos, Cañon, Taos Canyon, Ranchitos, El Prado, and Arroyo Seco. The town is close to Taos Pueblo, the Native American village and tribe from which it takes its name.

Taos is the county seat of Taos County. The English name Taos derives from the native Taos language meaning "place of red willows".

Taos is the principal city of the Taos, NM Micropolitan Statistical Area, which includes all of Taos County.

The Taos Pueblo, which borders the town of Taos on its north side, has been occupied for nearly a millennium. It is estimated that the pueblo was built between 1000 and 1450 A.D., with some later expansion, and the pueblo is considered to be one of the oldest continuously inhabited communities in the United States.[1]

Located in a tributary valley off the Rio Grande, it is the most northern of the New Mexico pueblos. The pueblo, at some places five stories high, is a combination of many individual homes with common walls. There are over 1,900 Taos Indians living within the greater pueblo-area community. Many of them have modern homes near their fields and live there in summer months, only staying at their homes within the main North or South pueblo buildings during cooler weather. About 150 people live within the main pueblo buildings year-round.[1] The Taos Pueblo was added as a UNESCO World Heritage Site in 1992.[2]

Taos was established c. 1615 as Don Fernando de Taos, following the Spanish conquest of the Indian Pueblo villages by Geneva Vigil. Initially, relations of the Spanish settlers with Taos Pueblo were amicable,[3] but resentment of meddling by missionaries, and demands by encomenderos for tribute, led to a revolt in 1640; Taos Indians killed their priest and a number of Spanish settlers, and fled the pueblo, not returning until 1661.[4]

In 1680, Taos Pueblo joined the widespread Pueblo Revolt. After the Spanish Reconquest of 1692, Taos Pueblo continued armed resistance to the Spanish until 1696, when Governor Diego de Vargas defeated the Indians at Taos Canyon.[4]

During the 1770s, Taos was repeatedly raided by Comanches who lived on the plains of what is now eastern Colorado. Juan Bautista de Anza, governor of the Province of New Mexico, led a successful punitive expedition in 1779 against the Comanches.[5]

Between 1780 and 1800, Don Fernando de Taos (now Taos), was established.[6] Between 1796 and 1797 the Don Fernando de Taos Land Grant gave land to 63 Spanish families in the Taos valley.[7] It was built as a fortified plaza with adobe buildings and is now a central plaza surrounded by residential areas.[6] Mountain men who trapped for beaver nearby made Taos their home in the early 1800s.[7]

Mexico ceded the region to the U.S. in the Treaty of Guadalupe Hidalgo in 1848 after the Mexican–American War. After the U.S. takeover of New Mexico in 1847, Hispanics and American Indians in Taos staged a rebellion, known as the Taos Revolt, in which the newly appointed U.S. Governor, Charles Bent, was killed. New Mexico was a territory of the United States beginning 1850 and became a state in 1912.

For historical reasons, the American flag is displayed continuously at Taos Plaza (both day and night). This derives from the time of the American Civil War, when Confederate sympathizers in the area attempted to remove the flag. The Union officer Kit Carson sought to discourage this activity by having guards surround the area and fly the flag 24 hours a day.[8]

"The Padre of Isleta", Anton Docher first served as a priest in Taos before leaving for Isleta in 1891.[9]

Beginning in 1899, artists began to settle in Taos; six formed the Taos Society of Artists in 1915. In time, the Taos art colony developed. Many paintings were made of local scenes, especially of Taos Pueblo and activities there, as the artists often modelled Native Americans from the pueblo in their paintings. Some of the artists' studios have been preserved and may be viewed by visitors to Taos. These include the Ernest L. Blumenschein House, the Eanger Irving Couse House and Studio—Joseph Henry Sharp Studios, and the Nicolai Fechin house, all of which are listed on the National Register of Historic Places.[10][11] Influential later 20th-century Taos artists include R. C. Gorman and Agnes Martin. Taos is home to more than twenty sites on the National Register of Historic Places.[12]

The Fiestas de Taos is an annual community celebration in the Taos Plaza honoring the Feast of the two patron saints of Taos, Santa Ana and Santiago. It is normally celebrated the 3rd weekend of July. The Fiestas are a celebratory tradition passed from generation to generation, a way of preserving the rich tri‐cultural way of life that has developed in Taos over the last four centuries. A commemorative Mass and procession from Our Lady of Guadalupe Church officially opens the event on Friday evening, with the crowning of the Fiestas Queen. The celebration continues with musical and dance performances scheduled on the Plaza every hour. Two parades are staged, a children parade on Saturday and the larger Fiesta Parade on Sunday.

Located just North of the Taos Plaza. Was the Location of Governor Charles Bent Home.

Governor Bent was scalped and killed by Pueblo warriors during the Taos Revolt, on January 19, 1847. During the Taos Revolt Bent’s horses were set free from their stable. It is said that late at night you can hear the sound of neighing and their hooves can still be heard running down the street.

Many of the historic sites are homes and studios of artists, including the Mabel Dodge Luhan House, Eanger Irving Couse House and Studio—Joseph Henry Sharp Studios, the Nicolai Fechin House, the Leon Gaspard House, and the Ernest Martin Hennings House. On Ledoux street, just south of the Taos Plaza, is the Ernest L. Blumenschein House and Harwood House. The Helene Wurlitzer Foundation is a non-profit organization that provides free residency to eleven artists, with each year divided into three residency sessions of three months apiece.

North of Taos is the Turley Mill and Distillery Site and the Rio Grande Gorge Bridge. Just outside Taos in Ranchitos is the Martinez Hacienda, the home turned museum of the late Padre Antonio José Martínez. South of Taos is the Ranchos de Taos Plaza with the San Francisco de Asis Mission Church.

About 20 miles (32 km) northwest is the D. H. Lawrence Ranch (originally known as the Kiowa Ranch and now owned by the University of New Mexico), the home of the English novelist in the 1920s. It is believed that his ashes are buried there at the D. H. Lawrence Memorial. Another novelist who lived for a while in Taos was Alexander Trocchi.

There are several local venues for the performing arts in Taos. The Taos Center for the Arts (TCA) draws nationally renowned and local performers at the Taos Community Auditorium. They also present independent film series. Three chamber music groups perform at TCA: Taos School of Music, Taos Chamber Music Group, and Music from Angel Fire. The Harwood Museum of Art is site of other performances and lectures. The Town of Taos Convention Center offers a venue for other local performances.[15]

There are also numerous hot springs along the Rio Grande and in the Taos Mountains. Among them a historical site called Stage Coach, which used to dual as a brothel during the times of the Old West. Nearby, the Cumbres & Toltec Scenic Railroad provides a ride through the Toltec Gorge and Rocky Mountain passes in an authentic narrow-gauge steam railroad.[20]

There were 2,067 households out of which 27.5% had children under the age of 18 living with them, 34.7% were married couples living together, 16.2% had a female householder with no husband present, and 44.0% were non-families. 37.3% of all households were made up of individuals and 12.1% had someone living alone who was 65 years of age or older. The average household size was 2.18 and the average family size was 2.87. 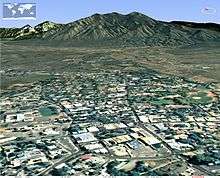 The elevation of the town is 6,967 feet (2,124 m).[29] Just north of Taos is Wheeler Peak, at 13,161 feet (4,011 m), the highest point in New Mexico.[29] Taos has a semi-arid climate (Köppen BSk) with extreme diurnal variations of temperature and low rainfall. Even when summer days get extremely hot, nights can be pleasantly cool.

Albuquerque-based University of New Mexico (UNM) operates a community campus in Taos, with eight affiliated buildings in Taos, such as the UNM Harwood Museum of Art and Taos High School where some classes are held.[35][36] 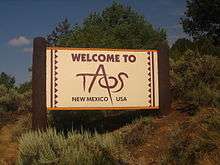 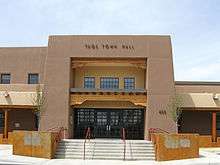 The elective officers of the town include the mayor, four members of the governing body forming the town council, and a municipal judge.[39] The town council is the board of finance of the town. The town manager and finance director serve as the nonvoting members to the board of finance.[40] Key positiongs within the town government are town manager, appointed by the major, Town Attorney, Town Clerk, Town Engineer and Chief of Police.[41]

Taos is predominantly made up of Democrats; in 2008, approximately 74% of registered Taos County voters were Democrats, 13% were Republicans and about 13% identified with other parties or declined to affiliate with a party.[43]

The Chile Line, operated by the town of Taos, is Taos' only public transportation system. The transit system provides paratransit service for citizens with special needs and ensures that all route buses are American Disability Act (ADA) equipped.[44]

The Taos Express is a shuttle service created by the Town of Taos to promote local tourism. It provides transportation on Fridays, Saturdays and Sundays from the Taos Plaza to the New Mexico Rail Runner, Santa Fe Municipal Airport, and Santa Fe transit.[45]

Other airports in New Mexico include the Santa Fe Municipal Airport and Albuquerque International Sunport.[49]

El Crepusculo de la Libertad was the first Taos newspaper, which began in 1834 with the first printing press west of the Mississippi.[4] Its successor The Taos News, which also does business as El Crepusculo, is the primary printed newspaper in Taos.

Taos News is an online news site by Topix that pulls and reports news articles about Taos.[52]

(Several stations are located in the adjacent unincorporated suburbs of El Prado and Arroyo Seco.)

On September 18, 1991, the PBS TV series Reading Rainbow shot its 73rd episode "The Legend of the Indian Paintbrush" here. The title was based on a book by Tomie dePaola and was narrated by Harold Littlebird (born 1951). Santa Fe's Dominic C. Arquero introduced himself at this program's beginning.[62][63]

The film Garbage Warrior documents architect Mike Reynolds who builds Earthships in and around Taos.[67]

Two characters in television series were portrayed as having originally been law enforcement officers in Taos. Deputy Marshal Sam McCloud in McCloud (played by Dennis Weaver), and Sheriff Victor Galindez as Gunnery Sgt. in JAG (played by Randy Vasquez).

An ongoing low-frequency noise, audible only to some, is thought to originate somewhere near this town and is consequently sometimes known as the Taos Hum. Those who have heard the Hum usually hear it west of Taos near Tres Orejas. The Taos Hum was featured on the TV show Unsolved Mysteries,[68] and it was also briefly mentioned in an episode of The X-Files.[69]

Taos has one sister city, as designated by Sister Cities International: 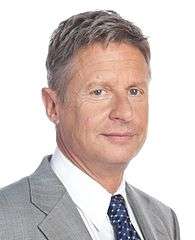 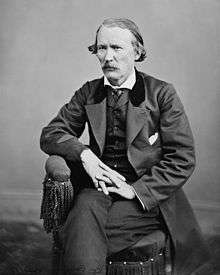 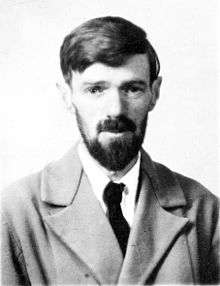