During the election cycle, the nation was entering its second year of the Great Depression. Hoover was perceived[2] as doing little to solve the crisis, and his personal popularity was extremely low. His Republican Party was initially applauded for instituting protectionist economic policies, which were intended to limit imports to stimulate the domestic market. However, after the passage of the heavily damaging Smoot Hawley Tariff, a policy that was bitterly opposed by the Democratic Party, Republican policies began to fall out of favor as the majority view.

Democrats gained a total of 52 seats in the 1930 election. Although the Republicans retained a narrow majority after the polls closed, they lost a number of special elections following the deaths of 19 representatives and representatives-elect prior to the reconvening of Congress.[3] This resulted in the Democrats having a one-seat majority at the opening of the legislature, which then rose to a four-seat majority after the first month of the session. The Republicans would not control the chamber again until 1946.

This was the first of four consecutive House elections in the Depression in which Democrats made enormous gains, achieving a cumulative gain of 170 seats. 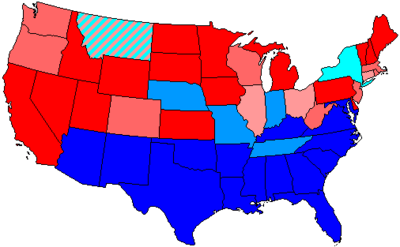 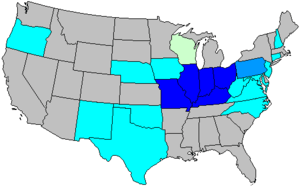