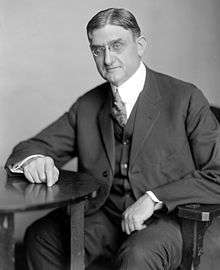 Born in Albion, New York, Hickey attended the public schools of his native city and Buffalo (New York) Law School. He was admitted to the New York bar in 1896 and commenced practice in La Porte, Indiana, in 1897.

Hickey was elected as a Republican to the Sixty-sixth and to the five succeeding Congresses (March 4, 1919-March 3, 1931). He was an unsuccessful candidate for reelection in 1930 to the Seventy-second Congress, for election in 1934 to the Seventy-fourth Congress, and in 1936 to the Seventy-fifth Congress. He resumed the practice of law. He died in Buffalo, New York, August 20, 1942, while on a motor trip. He was interred in Pine Lake Cemetery, La Porte, Indiana.