Walbridge Abner Field (April 26, 1833 – July 15, 1899) was an American lawyer, jurist and politician who served as a member of the United States House of Representatives from Massachusetts, and as the Chief Justice of the Massachusetts Supreme Judicial Court. He was born in North Springfield, Vermont on April 26, 1833. He graduated from Dartmouth College in 1855, where he also served as a tutor. He studied law in Boston, Massachusetts and at the Harvard Law School. Field was admitted to the bar and commenced practice in Boston. He served as a member of the City's school committee, and represented wards 5 and 8 on Boston's Common Council. 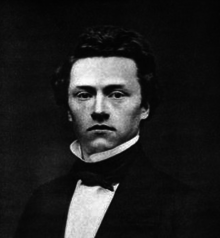 Field was appointed assistant United States Attorney in 1865, serving in this capacity until April 1869, when he was appointed Assistant Attorney General of the United States, holding this office until August 1870, when he resigned. He resumed the practice of law in Boston, and presented credentials as a Member-elect to the Forty-fifth Congress where he served from March 4, 1877, to March 28, 1878, when he was succeeded by Benjamin Dean who contested his election. He was elected as a Republican to the Forty-sixth Congress (March 4, 1879 – March 3, 1881). He declined to be a candidate for renomination.

Field was appointed by Governor John Davis Long to the bench of the Massachusetts Supreme Judicial Court on February 21, 1881. He was promoted by Governor John Quincy Adams Brackett to the position of Chief Justice on September 4, 1890 and served until his death in Boston on July 15, 1899. His interment was in Forest Hills Cemetery in West Roxbury.