Born in Mansfield, Massachusetts, Wheaton attended Wrentham (Massachusetts) Academy. He was graduated from Harvard College in 1774. He studied theology under a private instructor at Woodstock, Connecticut. He also studied law.

Wheaton was admitted to the bar in 1788 and commenced practice in Milton, Massachusetts.

Member of the Massachusetts House of Representatives

Wheaton served as member of the Massachusetts House of Representatives in 1803-1808, and again in 1825. 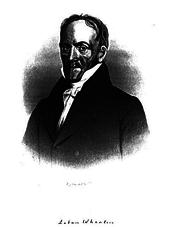 In 1834 Wheaton established the Wheaton Female Seminary (now Wheaton College in Norton, Massachusetts) as a memorial to his recently deceased daughter.

Wheaton died in Norton, Massachusetts, on March 23, 1846, at the age of 92. He was interred in Norton Cemetery.