Wildlife conservation aims to halt the loss in the Earth's biodiversity[2][3] by taking into consideration ecological principles such as carrying capacity, disturbance and succession and environmental conditions such as physical geography, pedology and hydrology with the aim of balancing the needs of wildlife with the needs of people.[4][5][6][7] Most wildlife biologists are concerned with the preservation and improvement of habitats although rewilding is increasingly being used. Techniques can include reforestation, pest control, nitrification and denitrification, irrigation, coppicing and hedge laying.

Game keeping is the management or control of wildlife for the well being of game and may include killing other animals which share the same niche or predators to maintain a high population of the more profitable species, such as pheasants introduced into woodland. In his 1933 book Game Management, Aldo Leopold, one of the pioneers of wildlife management as a science, defined it as "the art of making land produce sustained annual crops of wild game for recreational use".

Pest control is the control of real or perceived pests and can be used for the benefit of wildlife, farmers, game keepers or safety reasons. In the United States, wildlife management practices are often implemented by a governmental agency to uphold a law, such as the Endangered Species Act.

In the United Kingdom, wildlife management undertaken by several organizations including government bodies such as the Forestry Commission, Charities such as the RSPB and The Wildlife Trusts and privately hired gamekeepers and contractors. Legislation has also been passed to protect wildlife such as the Wildlife and Countryside Act 1981. The UK government also give farmers subsidies through the Countryside Stewardship Scheme to improve the conservation value of their farms.

The history of wildlife management begins with the game laws, which regulated the right to kill certain kinds of fish and wild animal (game). In Britain game laws developed out of the forest laws, which in the time of the Norman kings were very oppressive. Under William the Conqueror, it was as great a crime to kill one of the king's deer as to kill one of his subjects. A certain rank and standing, or the possession of a certain amount of property, were for a long time qualifications indispensably necessary to confer upon any one the right of pursuing and killing game.

The Game Act of 1831 protected game birds by establishing close seasons when they could not be legally taken. The act made it lawful to take game only with the provision of a game licence and provided for the appointment of gamekeepers around the country. The purposes of the law was to balance the needs for preservation and harvest and to manage both environment and populations of fish and game.[8] 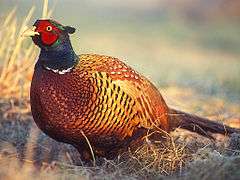 The Game Act 1831 protects game birds in England and Wales

Early game laws were also enacted in the US; - in 1839 Rhode Island closed the hunting season for white-tailed deer from May to November.[9] Other regulations during this time focused primarily on restricting hunting. At this time, lawmakers did not consider population sizes or the need for preservation or restoration of wildlife habitats.[9]

The Royal Society for the Protection of Birds was founded as the Plumage League in 1889 by Emily Williamson at her house in Manchester[12] as a protest group campaigning against the use of great crested grebe and kittiwake skins and feathers in fur clothing. The group gained popularity and eventually amalgamated with the Fur and Feather League in Croydon to form the RSPB.[13] The Society attracted growing support from the suburban middle-classes as well as support from many other influential figures, such as the ornithologist Professor Alfred Newton.[12]

The National Trust formed in 1895 with the manifesto to "...promote the permanent preservation, for the benefit of the nation, of lands, ...to preserve (so far practicable) their natural aspect." On 1 May 1899, the Trust purchased two acres of Wicken Fen with a donation from the amateur naturalist Charles Rothschild, establishing the first nature reserve in Britain.[14] Rothschild was a pioneer of wildlife conservation in Britain, and went on to establish many other nature reserves, such as one at Woodwalton Fen, near Huntingdon, in 1910.[15] During his lifetime he built and managed his estate at Ashton Wold[16] in Northamptonshire to maximise its suitability for wildlife, especially butterflies. Concerned about the loss of wildlife habitats, in 1912 he set up the Society for the Promotion of Nature Reserves, the forerunner of The Wildlife Trusts partnership.

During the society's early years, membership tended to be made up of specialist naturalists and its growth was comparatively slow. The first independent Trust was formed in Norfolk in 1926 as the Norfolk Naturalists Trust, followed in 1938 by the Pembrokeshire Bird Protection Society which after several subsequent changes of name is now the Wildlife Trust of South and West Wales and it was not until the 1940s and 1950s that more Naturalists' Trusts were formed in Yorkshire, Lincolnshire, Leicestershire and Cambridgeshire. These early Trusts tended to focus on purchasing land to establish nature reserves in the geographical areas they served.

Wildlife management in the US

The profession of wildlife management was established in the United States in the 1920s and '30s by Aldo Leopold and others who sought to transcend the purely restrictive policies of the previous generation of conservationists, such as anti-hunting activist William T. Hornaday. Leopold and his close associate Herbert Stoddard, who had both been trained in scientific forestry, argued that modern science and technology could be used to restore and improve wildlife habitat and thus produce abundant "crops" of ducks, deer, and other valued wild animals.

The institutional foundations of the profession of wildlife management were established in the 1930s, when Leopold was granted the first university professorship in wildlife management (1933, University of Wisconsin, Madison), when Leopold's textbook 'Game Management' was published (1933), when The Wildlife Society was founded, when the Journal of Wildlife Management began publishing, and when the first Cooperative Wildlife Research Units were established. Conservationists planned many projects throughout the 1940s. Some of which included the harvesting of female mammals such as deer to decrease rising populations. Others included waterfowl and wetland research. The Fish and Wildlife Management Act was put in place to urge farmers to plant food for wildlife and to provide cover for them.

In 1937, the Federal Aid in Wildlife Restoration Act (also known as the Pittman-Robertson Act) was passed in the U.S.. This law was an important advancement in the field of wildlife management. It placed a 10% tax on sales of guns and ammunition. The funds generated were then distributed to the states for use in wildlife management activities and research. This law is still in effect today.

Wildlife management grew after World War II with the help of the GI Bill and a postwar boom in recreational hunting. An important step in wildlife management in the United States national parks occurred after several years of public controversy regarding the forced reduction of the elk population in Yellowstone National Park. In 1963, United States Secretary of the Interior Stewart Udall appointed an advisory board to collect scientific data to inform future wildlife management. In a paper known as the Leopold Report, the committee observed that culling programs at other national parks had been ineffective, and recommended active management of Yellowstone's elk population.[17]

Elk overpopulation in Yellowstone is thought by many wildlife biologists, such as Douglas Smith, to have been primarily caused by the extirpation of wolves from the park and surrounding environs. After wolves were removed, elk herds increased in population, reaching new highs during the mid-1930s. The increased number of elk apparently resulted in overgrazing in parts of Yellowstone. Park officials decided that the elk herd should be managed. For approximately thirty years, the park elk herds were culled: Each year some were captured and shipped to other locations, a certain number were killed by park rangers, and hunters were allowed to take more elk that migrated outside the park. By the late 1960s the herd populations dropped to historic lows (less than 4,000 for the Northern Range herd). This caused outrage among both conservationists and hunters. The park service stopped culling elk in 1968. The elk population then rebounded. Twenty years later there were 19,000 elk in the Northern Range herd, a historic high.

There are n a population, either changing its numbers by direct means or influencing numbers by the indirect means of altering food supply, habitat, density of predators, or prevalence of disease. This is appropriate when a population is to be harvested, or when it slides to an unacceptably low density or increases to an unacceptably high level. Such densities are inevitably the subjective view of the land owner, and may be disputed by animal welfare interests.

The control of wildlife through killing and hunting has been criticized by animal rights and animal welfare activists.[18] Critics object to the real or perceived cruelty involved in some forms of wildlife management.

Environmentalists have also opposed hunting where they believe it is unnecessary or will negatively affect biodiversity.[19] Critics of game keeping note that habitat manipulation and predator control are often used to maintain artificially inflated populations of valuable game animals (including introduced exotics) without regard to the ecological integrity of the habitat.

Game keepers in the UK claim it to be necessary for wildlife conservation as the amount of countryside they look after exceeds by a factor of nine the amount in nature reserves and national parks.[20]

Wildlife management studies, research and lobbying by interest groups help designate times of the year when certain wildlife species can be legally hunted, allowing for surplus animals to be removed. In the United States, hunting season and bag limits are determined by guidelines set by the United States Fish and Wildlife Servicefor migratory game such as waterfowl and other migratory gamebirds. The hunting season and bag limits for state regulated game species such as deer are usually determined by State game Commissions, which are made up of representatives from various interest groups, wildlife biologists, and researchers.

Open season is when wildlife is allowed to be hunted by law and is usually not during the breeding season. Hunters may be restricted by sex, age or class of animal, for instance there may be an open season for any male deer with 4 points or better on at least one side.

Where the number of animals taken is to be tightly controlled, managers may have a type of lottery system called limited. Many apply, few are chosen. These hunts may still have age, sex or class restrictions.

In wildlife management one of the conservation principles is that the weapon used for hunting should be the one that causes the least damage to the animal and is sufficiently effective so that it hits the target. Given State and Local laws, types of weapon can also vary depending on type, size, sex of game and also the geographical layout of that specific hunting area.